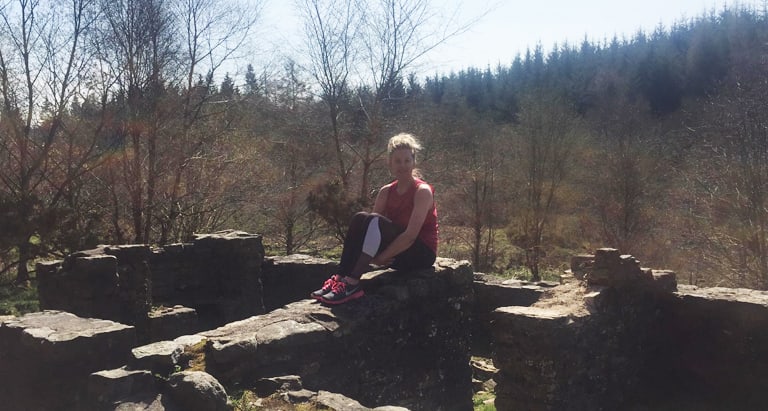 WW blog: Stevie tells all about her fear of the gym to loving it!

Hi I’m Stevie, aka @stevielena_wwgoldmember on Instagram and I have recently reached my goal after losing 66.5lb, 47.5 of that being on WW since January.

I'm not afraid to admit that I'm generally quite a lazy person. I would always jump in the car, even to nip to the local shop, rather than walking. So it's safe to say the thought of a gym or exercising had no appeal to me whatsoever! Besides the fact that I'm admittedly lazy, I was always too self-conscious as well. At my heaviest weight of 15st, and even throughout my weight loss journey, losing almost 5st, I wouldn't have been seen dead in Lycra or gym wear!

As I began to lose weight, I did find myself beginning to walk more often. So I guess my journey to fitness began there, without even realising!

It started small, like a walk to the park. Or walking to town and back. I went to a local open air museum and I'd easily be able to get my 10,000 daily steps in just walking around and exploring. I soon realised that I actually enjoyed walking and began to do more of it. I would pack up a picnic and head off to the forest to get some steps in - sometimes walking up to 10 miles - which for someone as lazy as I am, is quite an achievement!

I reached my goal weight of 10st 10lb in April 2018 and although I was thrilled to bits and super proud, I also felt a bit lost. I didn't know what I was meant to do next. I was so used to having a goal every week, wanting to see that number on the scales getting lower. But now that wasn't my aim and that freaked me out! I also realised that 10st 10lb is just a number, and that perfect body I thought I'd have when I got there just didn't exist. I didn't look how I imagined I would at that weight, and unfortunately I was still unhappy with my body.

After talking to my WW Coach and some other members, and finding inspiration from Instagram, I quickly began to realise that no matter how well I was eating, if I wanted to really change my shape (tone up, etc.) then I was going to have to take up exercise and start working out. The thought of a gym was really daunting to me and I was a bit nervous, but whilst I had the idea in my head I decided to bite the bullet.

That same night I headed off to a local fitness studio, ready to have a go at a "Legs, Bums and Tums" class. I purposely picked the fitness studios over a typical gym environment as they run classes only, which appealed to me. The thought of a gym was still daunting and I also knew that I didn't have the motivation to just go and pick up some weights or run on a treadmill. I knew I'd find that boring and that I wouldn't stick to it, but the thought of group classes with fun music and an instructor definitely sounded more up my street!

The first class I went to, I was self-conscious and tried to hide at the back. But I realised that nobody was looking at me - they were all too busy following the instructor! That was a relief. I really enjoyed the class and I was already excited to work my way through the timetable and try out as many as possible. Two days later I headed back and did two classes back to back - CXWORX followed by BodyCombat - and I became hooked! Although it almost killed me, and it took me a little time to get the hang of some of the techniques, once I'd finished them I was on a natural high. I was buzzing. I had caught the "fitness bug".

I've since got myself into a good routine with the classes, having tried the majority of them out and deciding which ones I like and work well for me. I'm currently attending the fitness studios 4-5 days a week and completing around 7-8 various classes. I'm not going to lie - sometimes after a long day at work, or when I just really fancy a lie in on a weekend, it can be a bit of a struggle dragging myself there. But I still do it! Because I know the feeling I get whilst I'm there and once I've completed the class is AMAZING! Check out how to fit exercise into your life!

As my body shape and fitness level were now my new motivators and goals, I took my body measurements at the start of my journey and decided that if I saw a loss on the scales as well then that was just a bonus! In just one month of attending various classes, I've lost a total 9 inches (4.5inches from my waist alone!) and a further 6lb in weight!

Not only have classes helped me physically, but they have also improved my mindset massively. If I've had a bad day or I'm feeling a bit down, I know that a good session at Boxercise or BodyCombat will help. I've also made new friends and I'm disappointed if I have to miss a class due to other commitments.