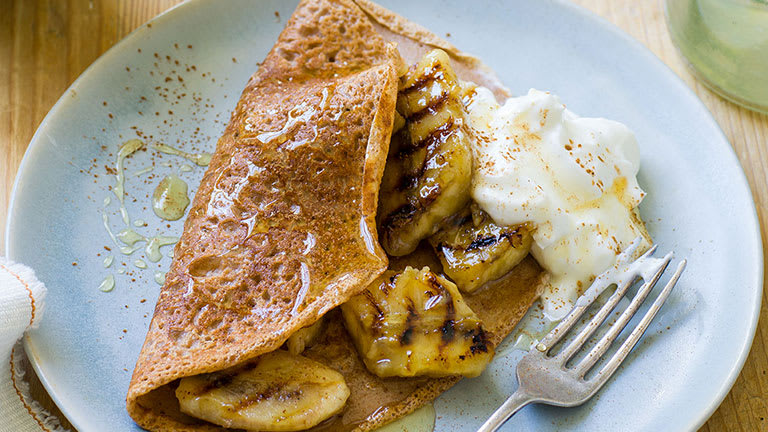 Oh là là! A taste of life in Paris

You’ve seen the sights; now it’s time to taste the local cuisine! From cinnamon palmiers to créme brûlée, here’s how to eat like a true Parisian.

Whether you prefer weekends in Europe or jetting off to long-haul destinations, missing out on holidays is one of the major downsides of lockdown.

To fill that travel-shaped hole, we’ve teamed up with Travel Curious to take you on a series of virtual city tours, right from your WW app. Last time we strolled by the emerald canals in beautiful Venice, and on our latest city tour we marvelled at the Eiffel Tower, the river Seine and a few hidden gems in a popular neighbourhood of picture-perfect Paris.

Scroll down for foodie insights into the French capital, and for recipes that will almost make you feel like you're there.

Let’s go on a culinary adventure...

French trickles into more aspects of our lives in the UK than you might think.

You sleep under a duvet every night. You might live down a cul-de-sac. Perhaps you had a déjà vu recently. And if you finally ate that slice of cake you’ve been staring at all week? Je ne regrette rien!

The same is true of French food. You might have a croissant for breakfast, some brie in your sandwich at lunch or a serving of profiteroles for dessert. Who could blame you: from food to fizz, the French are internationally renowned for mastering the art of tempting the taste buds. And where better to put this theory to the test than in its dynamic capital city?

With 114 establishments and counting, Paris boasts the second highest number of Michelin-starred restaurants in cities across the world (Tokyo swipes first place with a whopping 226).

But you don’t have to seek out a star to get the true Parisian dining experience. Paris may be one of the world’s most stylish cities, but a certain charm also lies in the simpler pleasures, like sitting at a corner café on the cobbled streets, while watching the locals play a game of pétanque. 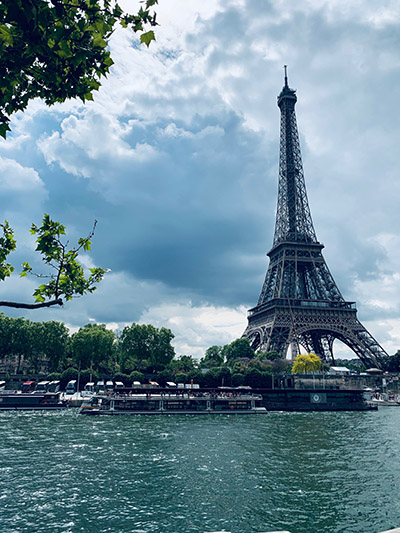 It’s impossible to overstate the importance of cafe culture in Paris. Every morning, round tables fill up with locals enjoying a buttery croissant and a steaming cup of espresso. From businesspeople, to old friends, to authors scribbling in their notebooks, these little cafés are the perfect place to relax and soak up the atmosphere.

Paris is also famous for its boulangeries, where you’ll find queues of locals patiently waiting for their fix of freshly baked baguettes. (Top tip: if you come across a line of queuing locals, join them! You can be pretty sure that whatever they’re queuing for is well worth the wait.)

If you’ve got a sweet tooth, a macaron is a must. Crispy on the outside and gooey with ganache on the inside, these mini desserts are the dictionary definition of irresistible. Taking a quick break between sights or galleries? Stop at one of the many crêpe stands to enjoy a thin, delicious, traditional French pancake with your choice of sweet or savoury filling. We’ve included a crêpe recipe in our collection below.

Whether you go to a classic Parisian brasserie, an outdoor café or a bustling boulangerie, when it comes to French cuisine, it’s hard to put a foot wrong. French may be the language of love, but food is the love language spoken in Paris, and you’ll undoubtedly find yourself falling in love with both the cuisine and the city itself - when it’s safe to travel again.

For now, here are 12 recipes to transform your kitchen into a Parisian eatery.

Some recipes you might be expecting - French toast and coq au vin for instance - while others may come as a bit of a surprise. For example, you might not realise that Paris is home to some of the best falafel in the world.

In Paris’s historical fourth arrondissement, wander down the crooked streets of Le Marais neighbourhood - past the chic boutiques and trendy art galleries - until you stumble upon Rue des Rosiers, the heart of what was once the city’s Jewish quarter.

Having existed in some form since the 13th century, you’ll not only get a glimpse into medieval Paris, but also the chance to sample traditional fare from the numerous kosher restaurants woven into the fabric of this famously fashionable district.

A typical Parisian breakfast would usually include viennoiseries or baked goods, like the delicious palmiers below. Or, opt for a croque madame, similar to a croque monsieur - a warm sandwich made with ham and cheese - but with a fried or poached egg on top.

In France, lunch is often considered the main meal of the day. From veggie medleys to traditional meat dishes, try our spin on one of these classic French dishes for lunch next week.

Try falafel - a favourite with locals and tourists in Paris - or a meat dish, like duck or steak. Delicious duck confit is traditionally prepared by cooking a whole duck in its own fat, but you can save some SmartPoints® with the tasty duck salad below.

Our adventures in Paris - led by our fantastic guide Ferit, from Travel Curious - marked our second virtual tour so far.

If you missed it, don’t worry as there are more on the way. Our brand new virtual travel experience runs every other Sunday at 11am from the Experiences at Home group in Connect. Join us on Sunday 21st June when we’ll be visiting our next (surprise!) European destination.

Here's how to join a Connect group in the WW app: