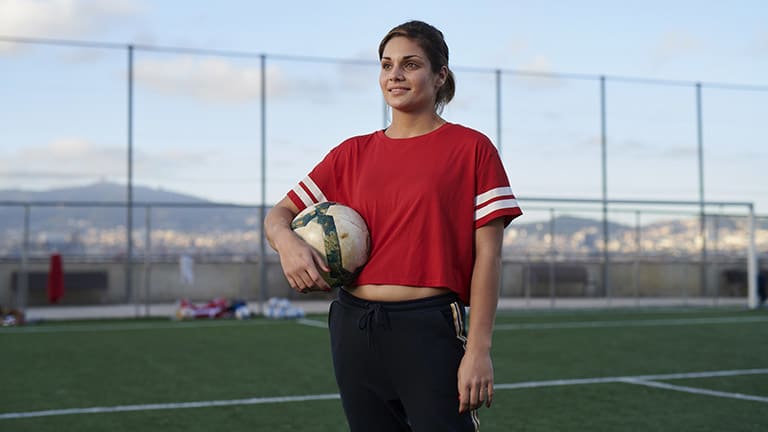 Fat burner 101: How to burn fat through exercise

Discover how to lose body fat and reach your weight loss goals with exercise.

Despite your spin class instructor’s claim that a session “torches fat,” exercise doesn’t really melt it, or burn it per say.

All day long, your body uses calories from the food you eat as energy. Fat and carbohydrates provide most of the fuel, and the dominant power source depends on how hard you’re working. Think of a hybrid car: at low speeds, it’s propelled by electricity; put the pedal to the metal, and it switches to gas. Your body operates in a similar way.

“When you’re taking it easy, you have plenty of oxygen to metabolise fat—so you burn the highest percentage of fat when you’re resting or doing a low-intensity activity,” says Wayne Westcott, PhD, a professor of exercise science at Quincy College in Quincy, MA.

Oxygen becomes limited when you kick things into high gear, making it tougher for your body to metabolise fatty acids—and that’s when carbs takes the lead. Hit Autobahn level (aka sprint), and you enter the anaerobic (or “no oxygen”) zone. “At an all-out effort, your body primarily uses carbs for fuel,” says Westcott. With this in mind, it would seem that working out at a low intensity (i.e., in the “fat-burning zone”) maximises fat loss—but experts disagree. You actually crunch through more fat calories (and total calories overall) when you push yourself hard.


When researchers at the University of Wisconsin–La Crosse measured the calorie expenditure of walking (at an average of 3.8 mph), they found that people burned 8 calories per minute, with a 41 and 59 percent split between fats and carbs, respectively. The total calorie burn nearly doubled when people ran (at an average 6.5-mph pace), to 15 calories per minute; however, the fuel use shifted to only 24 percent from fat and 76 percent from carbs.

RELATED: 10 ways to boost your walk

But here’s the catch: because the high-intensity exercise burned more total calories, it included a greater amount of fat calories (108 compared to 96). Bottom line: “You burn more fat calories in the same amount of time at a higher intensity,” says Westcott. What’s more, when it comes to losing weight and actually decreasing body fat, the source of the calories doesn’t really matter.

RELATED: How to become a runner


“It’s simple math: When you create a calorie deficit, you lose weight,” says John Porcari, PhD, professor of exercise and sport science at the University of Wisconsin–La Crosse, and lead researcher on the study that compared walking and running fat expenditure. That’s because when your body needs more calories than it has, it gets energy from somewhere else—mainly fat. As the fat is metabolised for fuel, the fat cells shrink, (there's the burn!) and you lose weight.

You can create a calorie deficit by changing your eating habits, but to lose more body fat, exercise is key. “If you only diet, approximately half of the weight loss will come from muscle and half from fat,” says Porcari. “But if you also do aerobic exercise, upwards of 80 percent of the weight you lose will come from fat.” Add strength training and you’ll hold on to even more of your muscle, resulting in a higher resting metabolic rate and daily calorie burn. So while exercise doesn’t technically burn fat, it’s the most reliable fire-starter you’ve got—so use it!

Lisa: Walking helped me to get healthy for good

A beginner's guide to the weights room