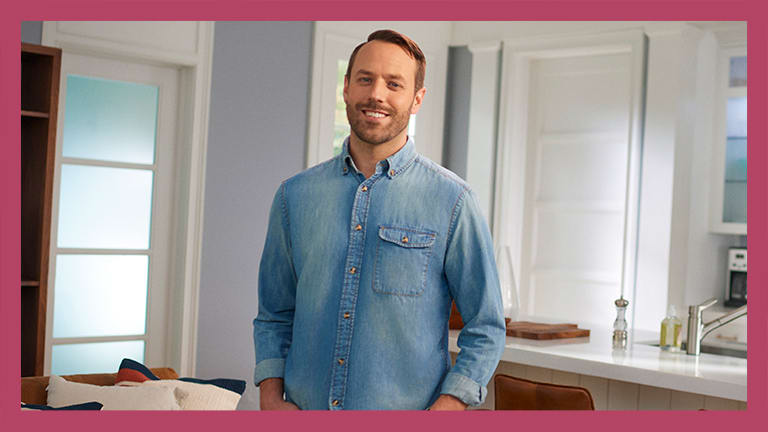 For this father of two, social distancing brought surprising lessons in self-compassion.
Don N., 33, has lost 45 lb* since joining WW in 2020.

*People following the WW programme can expect to lose 1-2lb/week. Don lost weight on prior programme and myWW and continued on myWW+.

Getting sober in my 20s was a major accomplishment for me. At that point, my drinking had been an issue for several years. I’d have beer and booze most nights of the week, just chasing an experience of feeling different. I was fortunate to find a support system through my church, along with a counsellor who helped me begin to live a healthier life. I stopped drinking alcohol completely.

As part of that process, I realised I also had food issues. During my drinking years, I had taken to eating large portions that weren’t exactly good for me - think: two sandwiches and a sharing bag of crisps. Those habits hung on after I quit drinking. Sometimes I’d try to rein myself in with an extreme diet that cut out all carbs or all sugar. But my attempts to lose weight never worked out. I’d slip up, have one piece of bread, and throw in the towel, feeling like a complete failure. Back then, if you had said to me, “Be kind to yourself,” I would’ve laughed.

Ten years into my sobriety, in early 2020, I had to admit it was time for another big change - and not just for me. I had a wife and two kids by then. I needed to be healthier for my family, especially since I didn’t grow up in the healthiest home myself and knew how hard that could be on everyone.

A close buddy of mine, Jeff, happened to be joining WW at that time and asked if I wanted to join, too. Jeff and I have known each other for years and went through similar struggles when we were younger. I was thankful for the opportunity to get healthy for our families together. I decided to go for it.

It was March 2020 when Jeff and I went to our first Workshop, and from there I was off and running. I took the assessment and was matched with Blue. I downloaded the list of ZeroPoint™ foods on Blue and started searching #mywwblue on Connect for ideas on what to eat.

My wife and I shared the responsibilities in our home, but joining WW nudged me to step up my involvement in meal planning. That first week, I made a pulled-chicken and black bean soup I had seen on Connect, and it tasted really good. I also spent some time using the Recipe Builder on the WW app, playing around with some of my family’s favourite meals to see how different ingredients affected the SmartPoints® values. It was kind of fun. Who knew I could get so excited about a trip to the supermarket?

What Don ate then vs. now

Social media wasn’t really my thing when I first signed up for WW - the big platforms had too much negativity for my taste. Connect proved valuable in ways I didn’t expect.

Though I joined WW planning to attend in-person workshops, everything changed the week after I signed up, when much of the country received stay-at-home orders in response to the COVID-19 pandemic. I switched to Virtual Workshops and began to rethink what community might look like for me under these new circumstances.

From the get-go, I found so much positivity on Connect; everyone really builds each other up. The hashtag #wwbros definitely spoke to me, as it enabled me to find guys who were working toward similar goals. At first, I felt self-conscious at the idea of posting about my progress. Seeing other guys do it encouraged me to join in.

Still, I worried about my eating habits when I started spending so much time at home. My all-or-nothing thinking sort of kicked into high gear: “How will I control myself? Will I mess this up?” I had to keep in mind that I’d be developing tools to stay on track toward my goals.

As it turned out, social distancing was actually good in certain ways. My kitchen was fully stocked with foods for Blue. I didn’t have the challenge of eating in the “outside world” - no restaurant platters of buffalo wings or parties to attend. My wife and I were cooking every single meal at home. This not only raised my kitchen game, it gave me a chance to build confidence in myself.

Throughout the spring and summer months, my friend Jeff and I stayed connected through weekly texts, trading stories about our progress. I also continued to use Connect to broaden my virtual community. In August 2020, I reached my goal of losing 45lb*.

The power of finding your people

When I first joined Connect, I tended to focus on my small victories, like racking up blue dots each week. And don’t get me wrong: Sharing those moments felt good. But the community also showed up for me when I was struggling. Not too long ago, I wrote an accountability post about a day of indulgence that snowballed into a full week of overeating - not my best stretch. I received so much encouragement for my openness and honesty. Members jumped in to lift me up again.

It’s amazing that I joined with one “real life” friend and now have over 800 fellow members following my journey on Connect. Whatever path you’re on, finding people who understand your goals and difficulties can make all the difference.

By being part of this community, I’ve been able to get away from my fear of failure and my narrow definitions of success. I’m kinder and gentler with myself because that’s the message I get from my support network. This has given me the space to learn new patterns and behaviours to carry forward. If I slip up, for example, I know that sometimes it’s a cue for me to take a break. I can come back from that. Or if I want to indulge in a plate of hot wings, I enjoy it, track it, and move along. I think that’s what’s helped me stick with the programme. 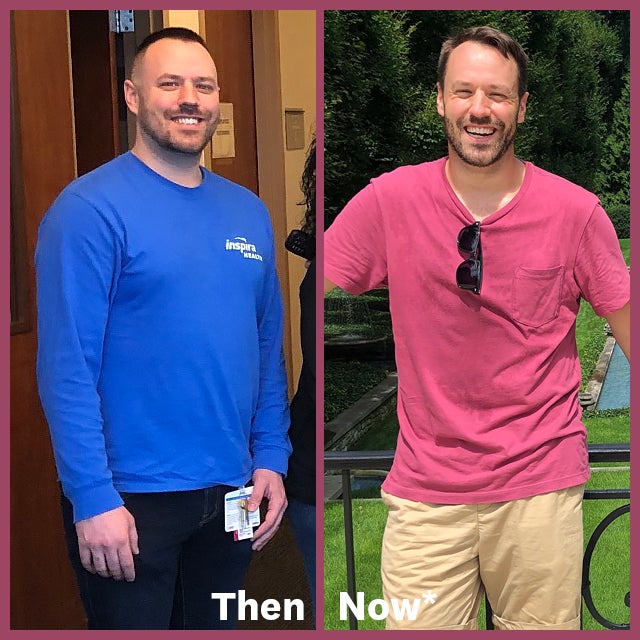 When I look at my sons today, I feel proud of the example I’m setting for them. I want them to see that it’s possible to face challenges and transform your life in lasting, positive ways. Change can happen. It starts with that simple belief.