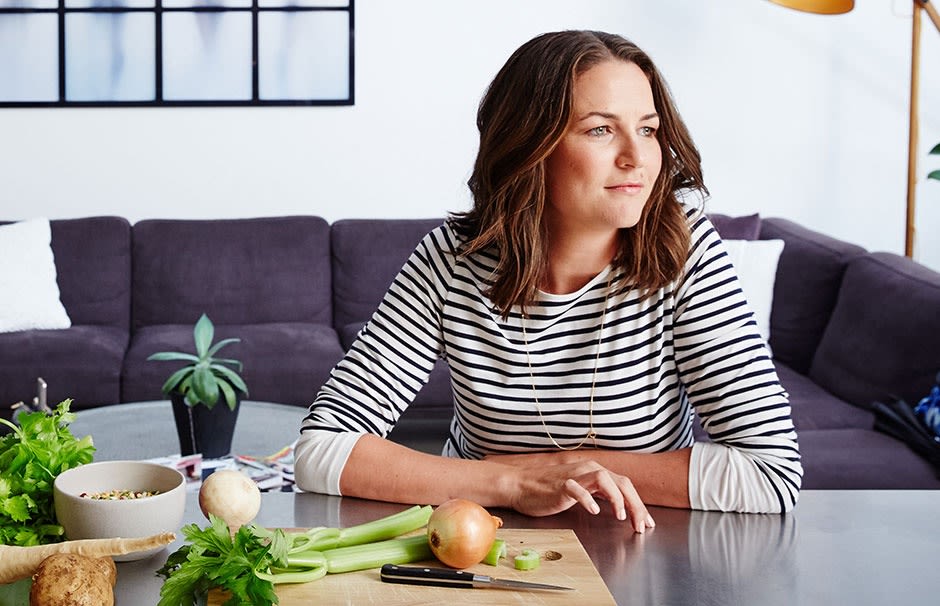 Why am I so tired?

Find out what might be behind your exhaustion and discover some simple life hacks to help boost your energy.

Sleep. We all need it. If you get out of bed feeling like you’re dragging yourself around and end the day a mere husk of a woman, you’re not alone. Every year, 1.5 million Australians see their doctor about fatigue and research shows that 15 per cent of women report being very tired or exhausted. If you’re one of them, it’s time to consider these lifestyle changes or to investigate whether there’s an underlying medical cause.


The first step to boosting your energy is to start taking better care of yourself: the same care you so readily give to everyone else. Executive and family coach Jacqui Pollock says, “It’s not that women lack skill in this area, it’s more that they create a habit. I believe it comes from overplaying our strengths and values. For example, if you value care, empathy, kindness, efficiency or success, these get ‘over-used’ when you are busy or stressed. You end up over-playing your strengths at a cost to yourself and others. You set up a pattern of doing too much instead of saying no or delegating to others.”

Upskill those around you


So how do we learn to say no and stop taking on too much? “Take a pause and think about what you’re saying to yourself,” says Pollock. “For instance, that voice in your head which tells you, ‘Might as well do it myself as it will be quicker’ or ‘I haven’t got time to explain it to anyone else’ or maybe, ‘i’ll do it better than them anyway’ means you carry on with the habit without really questioning why or giving yourself another choice.”

Pollock believes the way to break the habit is to challenge our internal dialogue so that tiredness and stress don’t make us into martyrs. “The best way to learn how to shift your habit without feeling guilty is to ask the voice in your head, ‘Is that really true?’” Is it really true that you haven’t got time to explain it to someone else? What would the reality and truth be if you did find some time? “If we’re continually saying yes to things others could do, or taking on tasks others are capable of, we are in fact depriving others of learning opportunities,” says Pollock. “We become parents and leaders who rescue rather than support.”


What if you’ve done all the delegating and learning to say ‘no’ but you still have to prop your eyelids open throughout the day?

It’s time to look at your diet, says Aloysa Hourigan, senior nutritionist and nutrition program manager at Nutrition Australia. She says research has found that a change in diet can boost your mood and jump-start your energy levels.

“Combine low-GI carbs with protein such as wholegrain toast with eggs,” says Hourigan. “We need the protein to stay alert and the carbs to fuel our muscles. Make sure you’re having two pieces of fruit a day and five servings of vegies, not only because of the nutrients they contain but also because they’ll help to keep your bowel regular. You may feel sluggish otherwise. “Avoid sugary foods that can cause a spike in blood glucose followed by a crash, leaving you feeling tired and lethargic. Make sure you’re getting enough iron and vitamin D in your diet – if you’re lacking those you can feel fatigued.”

Talk to your GP


So now you’re taking on less and eating right but still feel as if your battery needs replacing?

According to Dr Harris mcilwain, a US pain and fatigue specialist, that’s the time to ask for medical help. “If you are fatigued for longer than a week or two, you’re getting plenty of sleep and you don’t have a cold or other viral infection, you need to see a doctor,” he says. “Most of the time fatigue has a fairly straightforward explanation, but sometimes medical treatment is necessary.”

5 ways to boost your energy levels

Make steps to start practising the fundamental things within your control.

• Be active. Researchers at the University of Georgia in the US found that regular, low-intensity physical activity can decrease symptoms of fatigue by as much as 65 per cent.

• Try meditation. A team of scientists from China and the US found just five days of meditation training reduced stress, anxiety, depression and tiredness. Always contact a health professional to rule out other conditions.

• Practise good sleep habits. A study found using screens for two hours before bed can reduce the production of the sleep hormone melatonin, so put them away long before bedtime.

• Stay hydrated. A five-year US study found 81 per cent of women don’t drink enough water in their daily lives. If you’re dehydrated you’re more likely to feel tired, so drink up.

Fatigue can be a symptom of many conditions. Here are a few your doctor might consider if you’re eating and sleeping well and being active but still feel bone-weary all the time.

• Anemia. In Australia, 6.4 per cent of adult women are likely to be at risk of anaemia. Haemoglobin, a protein found in red blood cells, helps transport oxygen around the body. If your iron levels are low, haemoglobin won’t get made and that oxygen isn’t going to reach anywhere fast. Your doctor may suggest supplements, an iron infusion or simply including more natural iron-rich food sources in your diet such as lean red meat and dark green leafy vegetables.

• Depression. Although Australian research suggests that some mums are so tired they’re mistaking it for depression, the fact is that symptoms of a depressive disorder can include fatigue. There is no shame in asking for help, so see your doctor as soon as possible.

• Diabetes. An estimated five per cent of Australian women have some form of diabetes. With type 2 diabetes, in particular, symptoms can include lethargy.

• ME/CFS. Approximately 150,000 Australians have ME (myalgic encephalomyelitis) or CFS (chronic fatigue syndrome); conditions that are marked by unrelenting exhaustion.

*Cancel anytime during the free trial period or you'll automatically be updated to a 1, 3 or 6 month plan. Offer ends 26/09/21. See terms.