"I lost 17kg and found my body confidence"

When Mary moved to a new city, she regained her health, happiness and confidence.


When we asked Mary Bourke to model a skimpy one-piece for a Weight Watchers magazine cover shoot, she agreed without a moment’s hesitation. As we watched her rock every swimsuit the stylist had her try on – she looked amazing in all of them! It was hard to believe this was the same woman who used to spend her summers in jeans and long white shirts “so nobody could see my shape”.

“I was nervous at first but I really enjoyed the shoot,” Mary says. “This is will be the first summer ever that I’ve been able to go to the beach and feel comfortable in a pair of bathers – any bathers! In fact, maybe I’ll even buy a bikini this year! 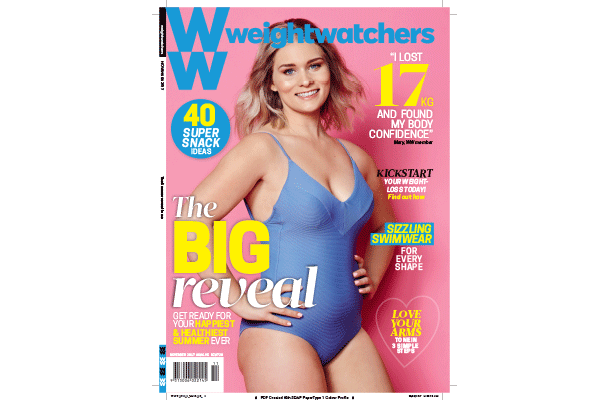 A toxic relationship and draining lifestyle


Not only her summers, but almost everything in Mary’s world has changed since she joined Weight Watchers 16 months ago. Before then, the 24-year-old social worker felt trapped and isolated, living in a rural town in an emotionally abusive relationship. “I suffered from anxiety and was extremely unhappy,” she recalls. “I ate to mask my unhappiness and spent my weekends at home because I didn’t know anybody. I weighed 85kg, which was the heaviest I’d ever been. My only solace was walking my dog, Sophie, and going to work.”

Another problem was that Mary lived an hour and a half’s drive away from her office. “I would get up at 4.30am and not get home until 6.30pm. All I did was travel and work. There was no time for anything else. I’d get through the days, but when I got home all the negativity would creep back in again.”


Then, in July 2016, a breakthrough happened. “I was offered a new job in Geelong and finally I could see a way out of the terrible mess I was in.” She took the job, moved to Victoria and started seeing a counsellor to help her deal with her anxiety. She also started going to Weight Watchers meetings and joined a gym. “Slowly but surely I began to make healthy changes and the weight started to drop off .” 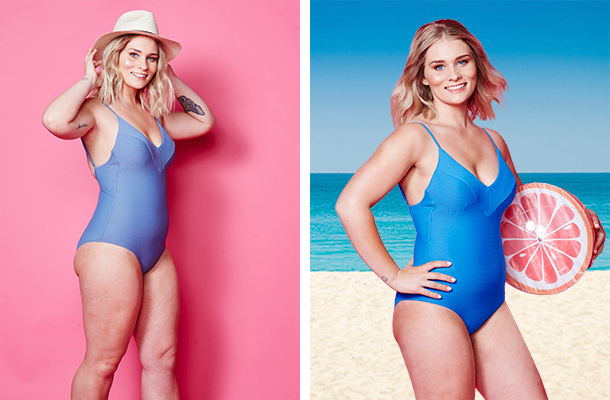 "I’ve made a personal commitment to change and found a zest for life I never knew I had."

Learning how to be accountable


With more hours in her day, Mary started taking Sophie for long walks, then they began power walking. She also had more time to plan and prepare her meals instead of leaving them to the last minute. “I keep tins of tuna in my drawer at work and take carrots and hummus with me everywhere now. I make a lot of salads and soups. Once I started tracking everything I ate, I could clearly see that I’d been eating mindlessly for years. Now, being mindful about my food choices helps me take responsibility.”


Another positive change came when Mary started keeping a journal. “Putting words down on paper – even the negative things – is so good because I look back at them and see how far I’ve come. My counsellor helped me see that most of my unhappiness wasn’t so much to do with how I looked, but how I felt about how I looked. Changing that mindset really was the starting point. The rest just followed from there. “Now, if something hurts in my body, it’s unusual, whereas before my joints ached all the time and I always felt heavy and clogged up. Now I feel lighter and I love it. It’s good to check in with how I feel and be more mindful about my body.”

Falling in love with herself


The  other amazing thing that happened when Mary moved to Geelong was she found love again. She met Will, 26, at the gym a year ago and the two have been inseparable ever since. “Will is my biggest support and my best friend. He is a personal trainer and nutritionist but he doesn’t offer his input or tough love unless I ask for it,” she laughs. “My mum is also a huge support. She was a Weight Watchers member herself so she knows what a wonderful community I’ve found.”

“There is a significant history of heart disease in my family,” Mary says. “Three grandparents, three uncles and two aunts have all died of heart attacks. I was too young to be overweight and the idea of all that visceral fat I was carrying around terrified me.” Now, Mary says she is no longer in the obese category and she has significantly lowered her risk of heart disease. “I’ve made a personal commitment to change and found a zest for life I never knew I had,” she says.


1. “I’ve joined the F45 Geelong West gym and discovered a love of strength training and cardio. Before, I could barely walk 100m. Now I’m smashing personal bests and can run more than 5km.”

2.“I’ve had a lot of emotional setbacks but I’m not ashamed to ask for help. I tell my Coaches when I’ve fallen off track and they help me get right ba ck on.”

3.“I have an Instagram page @transforming-mary where I document my weight-loss journey in a raw, no-frills way.”

4.“My stepmum and her partner are having a beach wedding this summer. I’m just so glad I can celebrate with them and not feel self-conscious and miserable about the way I look. I’ve finally found my happy place!”