Finding the strength to ask for help was the first step for Heather McCarthy in transforming how she felt about herself – both inside and out.

Heather's journey to a healthier lifestyle 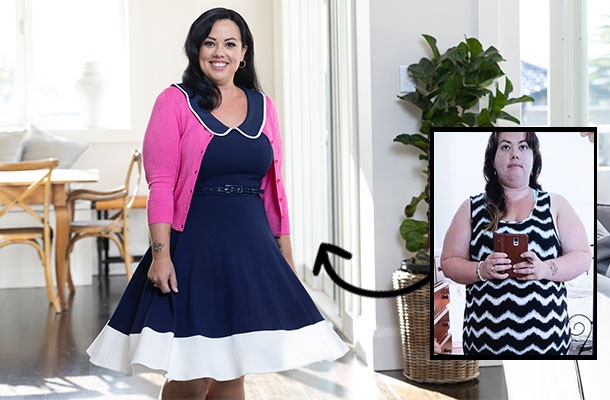 "I’m learning to be my biggest supporter instead of my loudest critic."

Turning 30 with anxiety and depression


The year Heather McCarthy turned 30, she was diagnosed with anxiety and depression. The busy mum of two little boys had hidden her struggles from all but the closest of family. “It has taken me years to open up,” she says. “I feared judgment so I didn’t talk about it.”

Asking for help from her doctor was the start of a very personal journey that has seen Heather blossom into a woman who is learning daily to become ever more comfortable in her own skin. “I’d put on a lot of weight over time and was the mum who always sat and watched her kids playing, instead of joining in. I’d go to the beach fully dressed and stay like that on the sand while my boys played in the surf.”


One morning when Heather was battling to put on her sneakers to walk her two sons to school, she realised that she needed to ask for help once more. “I had to hold my breath to tie my laces,” she says. “I thought, ‘I have to choose between breathing and doing something? This has to change!' ”

That’s when Heather joined Weight Watchers, going to weekly meetings near her home on the Gold Coast. “That first meeting, I crept in and sat at the back, not saying a word. But soon enough, using WW program, the weight began to come off and I started to feel better in all ways.”

Connecting into a support network


Before long, Heather’s best friend from high school, Clare, joined her at Weight Watchers so the two pals could support each other, but it was finding Weight Watchers friends on Connect that has really helped Heather through the tough times. “It’s a kind, supportive platform that sees members really there for each other,” Heather says. “I’ve met some wonderful people who are really dear to me now and we talk almost daily. It has enabled me to support others and feel supported myself. I’ve been able to be honest about my struggles and have people open up to me too.”

So close has Heather become to her Connect buddies that she overcame her anxiety to fly by herself for the first time, travelling to Melbourne to meet up with some of her newfound friends and walk 15km of the Great Ocean Road together. “I would never have had the confidence to stay with people I’d never met before,” Heather says. “But now, through Weight Watchers, I do.” 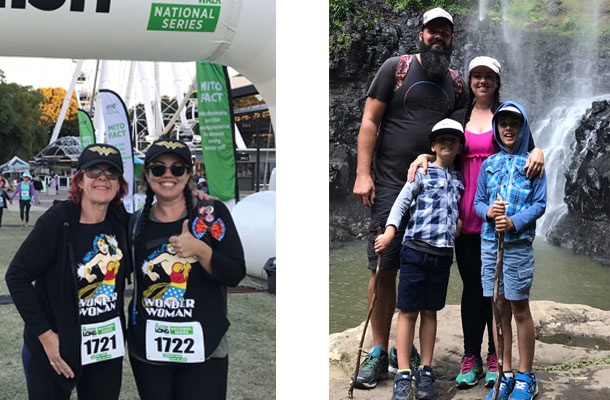 Heather and her fellow WW member Tracey after completing the 'Bloody long walk'.


The importance of self-love


One of the biggest positives of Heather’s Weight Watchers journey is how she feels about herself. “I’m learning to be my biggest supporter instead of my loudest critic,” she says. “It’s taken a while to change that thought pattern but I’m proud to say I’m getting there. If I have a bad day, I don’t beat myself up about it now because every day is a new chance to give it another shot.”

Heather has also discovered a love of walking. “I do my errands on foot and arrange walks with friends so we catch up and exercise at the same time. I’ve also been training for the 35km Bloody Long Walk— something I would never have contemplated before. Walking is great for getting the endorphins going, too, so it’s an all-round winner for me.”

"When I broke through that 30kg barrier, I was teary. It’s the lightest I’ve been since my teens.” 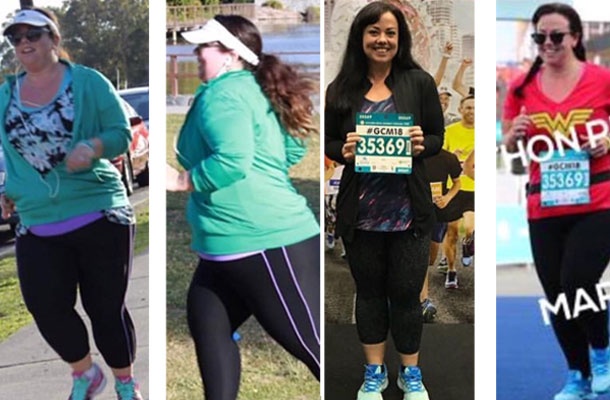 
“I have PCOS [polycystic ovarian syndrome] and was warned I was on the road to pre-diabetes,” Heather says. “But at my last check-up, I’d lost so much weight that my doctor even re-weighed me to check the figures she had on screen. "When I broke through that 30kg barrier, I was teary. It’s the lightest I’ve been since my teens.”

This transformation means Heather isn't watching life pass her by anymore. “I’m no longer the sideline mum,” she says. “I am the one suggesting we hike to waterfalls as a family or walk along the beach. And I don’t hide behind the camera now, either. I’m in those photos!”Such is Heather’s confidence that she’s about to fulfil a lifelong dream by taking up swing dancing with her husband, John. ‘It’s something I’ve always wanted to do. Now I can, and soon we’ll be starting classes together.

I’ve found the strength to follow my dreams.” But it’s the impact this new healthier way of living has had on Heather’s children that makes her most proud.“They eat a wider variety of food now and ask for healthy options," she says. "They see Mum being active and they want to join in. They can see Mum coming out of her shell. They see Mum taking on challenges and realise they can do anything if they put their mind to it, just like I have.

"I might not be perfect and I might fail along the way but I’ll get up and keep going. That’s a lesson any mum would want for her children.”


1. Learn to talk to yourself nicely.
There is no room for that ‘mean girl’ voice in your head. You have to be your greatest cheerleader.


2. Look for the little wins by setting yourself achievable challenges.
Aim a little bit higher each time so that you believe in yourself a little bit more.


3. Put yourself out there.
Ask for help and support. Showing the most vulnerable side of yourself is the strongest thing you can do. 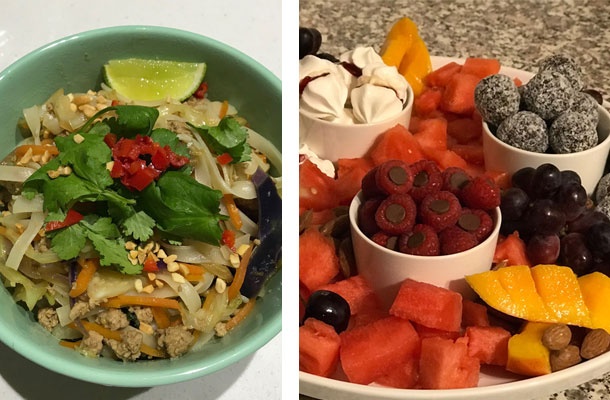 My Day on a plate

Breakfast: “Spiced oatmeal and a banana. It keeps me feeling satisfied right up until lunchtime so I don’t need a midmorning snack.”

Lunch: “Chicken and salad in a Mountain Bread wrap.”

Afternoon tea: “When the boys come home from school and have an afternoon snack, I prepare something for myself too. My favourite is a sliced banana with a caramel-style topping made by mashing a dried date and mixing it with a little boiling water. I try to make it feel special because then I feel good too.”

Dinner: “I love chicken meatball banh mi or chicken Singapore noodles – meals that we can eat together as a family.”