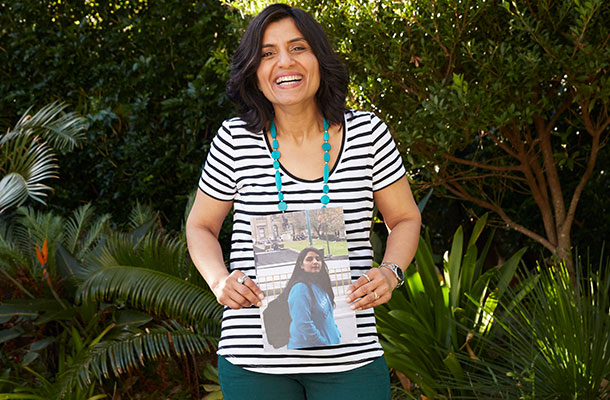 
Pinki had long pined for a slender physique but in India, wearing traditional saris or suits allowed her to hide her shape. "Those Indian dresses are really long and you don't see curves so you don't feel you need to change," she says. "When I went on holidays I would wear Western clothes but I never felt good because of my big body. I always wanted to have a slim body and enjoy those outfits."


After Western dress became her daily reality in Perth, Pinki decided it was time to lose weight, so did what she thought she had to do: cut out meals and hit the gym religiously. "I was starving and not eating enough, which was causing low blood pressure, dizziness and constant headaches," she recalls. "I also had an unrelated eye condition that was affecting my vision and I was worried I had something seriously wrong with me." 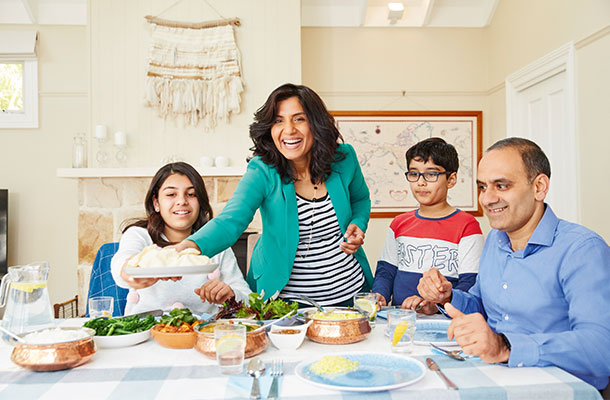 
Much to Pinki's surprise, the first thing her WW Coach Ian got her to do was to increase her portion sizes and stop skipping meals. "I started eating at regular intervals with the right amount of protein and carbs," she says. "I now have three meals a day and two snacks and I feel so much better."


Pinki's husband Sudheer, daughter Anveysha, 13, and son Advit, 8, have been only too happy to enjoy the fruits of Pinki's WW success. "I decided that my whole family could eat the same foods," Pinki says. "I would portion out my meal and tell my husband and children that they could eat as much as they liked." Now Anveysha gets in the kitchen and prepares vegetarian WW recipes, such as mug muffins or three ingredients pancakes, for herself and the family. "All of our lifestyles have now changed," Pinki says.


Pinki's extended family and friends were also in awe of her turn-around and were soon asking for pointers. "I helped one of my cousins in India lose weight by measuring and tracking and now she's not having to take medication," Pinki says. "Some Indian women I met in Australia were asking me, 'What are you doing? How did you get this body?' so I said, 'Start walking with me. It's free and it moves all of the muscles in your body'." Those walks gave her an opportunity to share knowledge about the role of nutrition and healthy cooking in maintaining a healthy weight. "I was putting emphasis on what we are putting in our mouths – how we cook and how we can make swaps," Pinki says.


In her quest for greater self-care, Pinki puts her hand up for just about any activity or adventure on offer. "I wasn't a sporty person – I was more studious," she says. "Now I want to enjoy all sorts of different sports." That's meant snow skiing trips, running a 12km fun run, doing Bollywood dancing and even learning to swim. "That was a really big thing for me," Pinki admits. "I used to close my eyes in the shower when water came on my face and I thought I would sink in the pool. But I started walking in our pool and my daughter is teaching me to swim. It helps that I can wear bathers with confidence!"