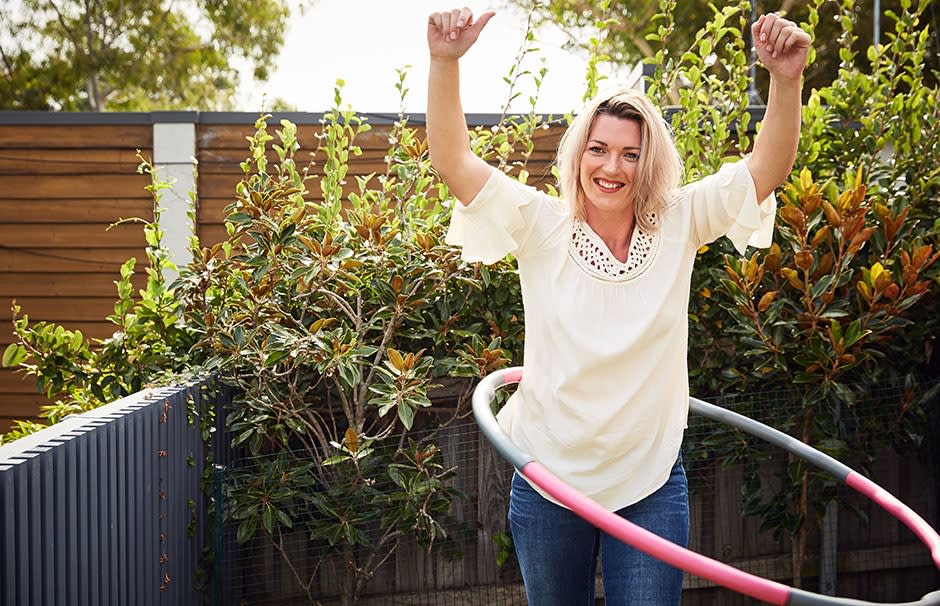 28 Days to a fitter, healthier you

Discover the benefits of starting a fitness routine

The first month can be the most challenging but rewarding! When you first start to workout properly and consistently you might feel hot or puffed but before long you’ll start to experience those renowned endorphin hits that give you a buzz that’s better than coffee.

“The first 28 days of a new workout schedule can be seen as the ‘discomfort phase’ because it can be a bit uncomfortable with muscle soreness, and because it’s a change of routine,” explains exercise physiologist Neil Russell.

“But after 28 days you really start to see some great results. You feel fitter and stronger and exercise starts to become a seamless part of your everyday life.” And while you’re adjusting to the weights and new movements, incredible physiological changes will be taking place.

In the first 10 minutes... Increased heart rate and alertness

While some people may find this initial shortness of breath and fatigue a major deterrent to exercise other good physiological changes also start to occur from the get-go. “Within the first 10 minutes your heart rate increases and there’s an increased blood supply to the brain, making you feel more alert,” says exercise physiologist Alex Lawrence.

Meanwhile, the number of mitochondria in your muscle cells is starting to increase. “Mitochondria are the energy units in the cell, so you basically have more engines in your muscles giving your body a greater ability to create energy,” explains Russell. “Moderate to high-intensity exercise results in greater cellular response.”


At the end of a session, you’ll probably be feeling the warm glow of endorphins. “You start seeing mental health benefits after your first workout – your mood will be enhanced and you’ll likely get a confidence boost,” says Russell. “Seeing your progression and results are also going to help with the psychological effects.”

Studies show that levels of the hunger hormone ghrelin is reduced in the hour following your workout, too, and Russell says your metabolic rate will remain elevated for quite some time yet.

Once you’ve finished, your muscles will start to recover and repair so, as the Australian Institute of Sport says, it’s a good idea to have a snack or meal with carbohydrate and protein soon after a workout to facilitate a good recovery – a yoghurt, fruit smoothie, bowl of cereal or a sandwich with lean protein should do the trick.

After one day... Better blood


The exercise benefits will continue throughout the next 24 hours, with some pretty impressive adaptations. Russell says that you’ll get an increase preference towards burning fat for energy; blood glucose and blood pressure measures may benefit as well.

Delayed-onset muscle soreness (DOMS) often kicks in a day or two after taking up a new exercise program and can cause that stiff, sore feeling that makes getting out of bed or walking up and down stairs difficult. “We aren’t sure of the exact reasons behind DOMS – it could be inflammation or a by-product of exercise (such as lactic acid) or micro-tears in the tissue,” says Russell. “It usually only lasts a day or two, though, so it’s nothing to worry about.”

The best remedy is to go for another walk, swim or cycle. “To combat DOMS, resume moderate exercise as this increases blood flow to the area and stretches through the muscles to get them moving more freely,” says Russell.


You’ll be pleased to know that your metabolism continues to reap the benefits for around three days after working out.

“You can experience an increase in metabolic rate for up to 72 hours post-exercise,” says Lawrence.

Hopefully your DOMS will have settled down after a few days, too, and you’ll be more enthusiastic about putting on your running shoes or getting into your swimmers again.


By now your self-confidence will probably be peaking as you pat yourself on the back for sticking to your plan for a whole week.

Exercising increases your endorphins, and them kicking on a regular basis means your emotional wellbeing will also benefit. “People are also likely to experience reductions in symptoms of depression,” says Lawrence. A great bonus!

If you’ve been sticking to your SmartPoints® Budget you might also celebrate a drop in the scales!

After 28 days... Improved strength and performance


Four weeks of a consistent exercise routine does wonders for your health, and is a common reference point for exercise scientists who can start to see significant physiological changes and improved performance/strength/fitness.

“In the first four weeks you’re going to get stronger, even if you can’t see a visible change in muscle size,” says Russell. “If you’ve been doing resistance training, then you’ll also have an increase in fast-twitch muscle fibres. These are responsible for the power response and give you the ability to create a lot of force really quickly.”

Russell says that if you do a fitness test at this stage, such as cycling to your maximum, you’d likely improve your performance and you might also notice your technique has improved. “With any sport, when you turn up on day one you’ll do it tough compared to an experienced athlete,” he says.

“It’s the same with doing a squat or running or swimming – the first four weeks are a very important time for learning skills properly.” Meanwhile your life in general might be looking more chipper.

“Exercise has been shown to improve productivity, reduce sick days and reduce out-of-pocket health-system expenses for people already living with chronic conditions, such as type 2 diabetes.”

The moral of the story? You really can’t fault this exercise caper. Your time is now!

Our tip: Train with a friend


While things are really raging on the inside during your first month of exercise, Russell says it will probably take a bit longer than that to start to be able to see improvements in muscle definition. He suggests training with a friend or using an activity tracker that gives you a “well done” message at the end for some positive reinforcement.

“You need a pat on the back because you’re not quite at the ‘I feel great because I’ve exercised and it’s part of my lifestyle’ phase,” says Russell. “You need somebody or something to recognise your hard work and give you the encouragement to keep going in the first month.”

How to get motivated to exercise

Fun fitness ideas for the whole family to enjoy!