How fertility struggles led her to join WW.
Sarah Munn

What she says about the myWWTM Green, Blue and Purple: “Personally, I think it’s the best thing that [WW has] ever done.”


She had been experiencing struggles with fertility for a while and was looking for a solution. She’d been incorrectly diagnosed as diabetic and she’d been told to get gastric bypass surgery, which she didn’t want to do.

When another specialist recommended she try WW instead, Victoria said, “You mean the old lady diet?”


The doctor explained WW was all about healthy living and portion control and, being eager to avoid surgery, Victoria decided to give it a go, joining with her aunt in July 2015.


Two years later, Victoria got pregnant. It’s what she’d been waiting for, but she was trepidatious. Having had a couple of miscarriages in the past, she didn’t tell anyone except her husband and her WW coach for about four months. Her daughter, Londyn, is now almost two years old.


She says myWW Green works best for her, but she’s tested out all three programs. She did something interesting recently and tracked all her food for a week in all three programs – and she nailed each one. “I was in a blue dot in every program for a week.”


“I encourage members to do that,” she says, to help figure out which program is best for them.

Victoria is so passionate about WW, she became a coach in September 2019.


“If I could scream from the hilltops every day on how this program works, because of the lifestyle that it lets you lead – it’s incredible.”


It’s about so much more than the numbers


“It was never about a number,” Victoria says of her weight loss journey. “It was always about the feeling.”


The goals she had for losing weight, like having a baby, were more about her life experience and how she felt day to day.


“Experience-wise, challenges-wise, all of that stuff outweighs any number that I have lost. It’s crazy. I can do a plank for 95 seconds – I would never have been able to do that.”


She goes to the gym with her 17-year-old daughter and shares clothes with her now – experiences she’d never thought she’d have. 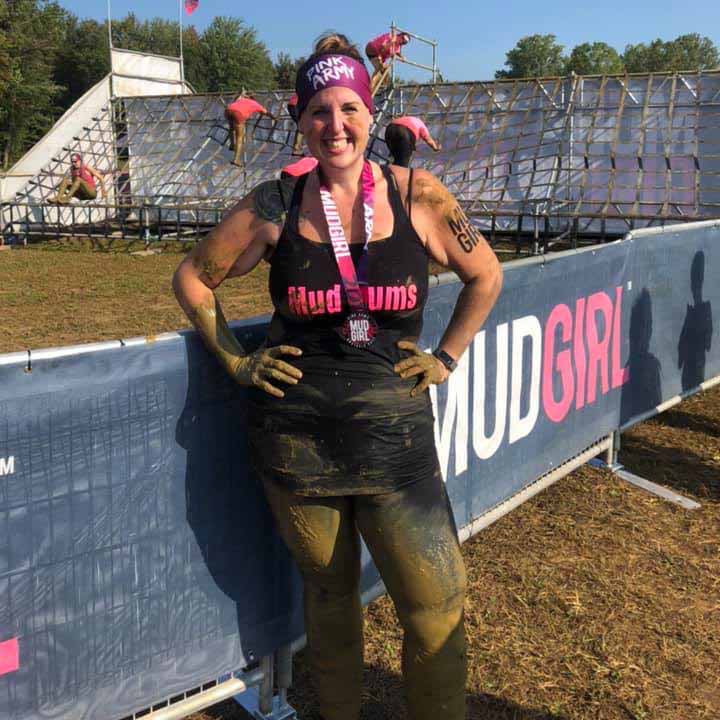 
Victoria knows from personal experience how difficult it is to embark on a weight loss journey.


“It is very challenging being almost 400 pounds and walking through the doors of WW. It is.”


She recalls a workshop she led a few months ago when she saw a new member walk in and had a flash of recognition: “I saw my ‘before’ in her.”


Victoria talked with the woman, who said, “You don’t know what it’s like.”


Victoria showed her one of her own before pictures. The woman didn’t see the resemblance. “Who’s this?” she asked.


“I know exactly the feelings [you’re having],” Victoria told her. “I know, walking into this, you probably cried in the car for about 20 minutes before you even hit the door. … Because it’s hard. But being overweight is hard. So, you kinda gotta pick your hard.”


When Victoria began her journey, she started working out in the back of a dimly lit Zumba class, right next to the door.


“Three songs in, I was so out of shape that I would throw up outside. And then I’d come back in and I’d finish what I’d started.”


Over time, she got stronger and the class got easier.


“Now I stand in the front of the stage and I’m also teaching when the teacher isn’t there,” she says.


“It’s all about growth,” Victoria says of the journey. “Yes, you shrink, but the growth you get from it is insane.”


What does it take to get that growth? It may sound cliché, but it’s true: hard work, dedication with things like tracking SmartPoints®, and being honest with yourself, she says. But throughout the journey, Victoria encourages everyone to “Wear the healthy proud.”


“If you’re wearing healthy proud, I can assure you you’re going to reach any point in your [journey and] that you’re always going to find happy.”


How does Victoria stay motivated and keep wearing her healthy proud?


“My why changes weekly,” Victoria says, adding that she draws inspiration from her members she coaches and from the experiences she looks forward to – like going to the gym with her teenager daughter and being able to keep up with her toddler on walks to the grocery store and on future school trips. She’s also proud of being able to model a healthy lifestyle for her children and take part in all sorts of activities with them.


“They get to see that mom and dad are both there, we’re both going down the hill, we’re both running.”