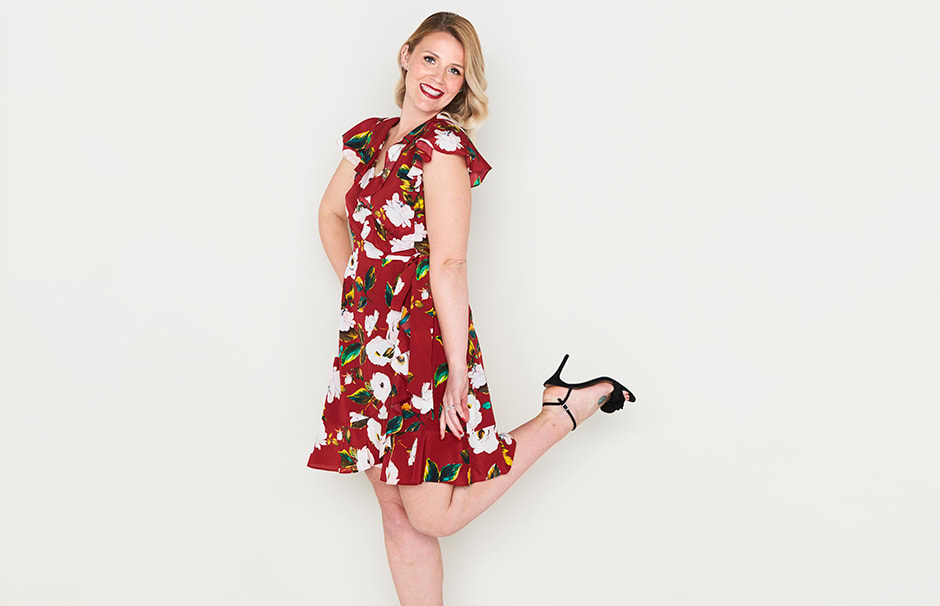 Improving or maintaining how positively you feel about your body should be at the top of your to-do list. Here’s how to get started.

80 % of Australian women believe that every female has something about her that’s beautiful. You’re beautiful for a whole range of reasons, so take some time to compliment yourself on a few of them – research proves it’s a body image-boosting strategy.

My nose is too big. I wish I had her eyebrows. If only my thighs were smaller. Sound familiar? If so, you’ve got company. According to the Dove Global Beauty and Confidence Report, 80 per cent of Australian women don’t consider themselves to be ‘body confident’. And it’s a statistic that affects most age groups – in fact, different research shows that 43 per cent of middle-aged Australian women are dissatisfied with their bodies. So, how do you learn to love what’s looking back at you in the mirror? We asked the experts to find out. out.

Stop comparing yourself to other people


If you’ve ever compared your body to a celebrity or wished you were blessed with a friend’s figure, you’re not alone. But have you ever wondered why we have such a cookie-cutter concept of beauty? According to Christine Morgan, CEO of The Butterfly Foundation, an organisation dedicated to treating and supporting Australians affected by eating disorders and negative body image, it’s largely due to our appearance-obsessed culture. “We assess our looks by comparing ourselves to others, and there begins a never-ending, never-satisfying quest to look as good, or even better, than other women or men,” says Morgan. Clinical psychologist Catherine Boland says wanting to fit in is what drives this behaviour. “Unfortunately, the rise of social media, advertising imagery and other promotions of the ‘ideal female’ have escalated negative self-comparison.”

What’s the problem with playing this game and comparing? “Thinking about flaws and wishing things were different impacts on self-esteem, which can lead to self-sabotaging behaviours,” says Boland. In other words, you’ll find it harder to stick to the healthy lifestyle behaviours you’re trying to implement, because you’ve defeated yourself before you even started.

So, as a first step, stop comparing yourself to other people. “Value yourself and remember that everyone is different,” says Morgan. “If you’re struggling to like what you see in the mirror, quit focusing on imperfections and remember there’s no such thing as perfect.”

Focus on achievements, not appearance


According to Morgan, putting too much emphasis on the way your body, or other people’s, looks can be harmful. “By coupling self-worth with physical looks, you’re ignoring the importance of people’s values, skills and personality,” says Morgan.

“Instead, celebrate health improvements, such as increased fitness, energy, flexibility and endurance, rather than just numbers that are associated with weight loss,” Boland says. “Ask yourself: This year, month and week, what are the positive health changes I’ve made and stuck to?”

Focusing on your body’s functionality, rather than its size or shape, is also essential. “Think about your strength, posture or your body’s capacity to repair itself,” says Boland. And remember to put things in perspective and understand that it’s normal and natural for your body to change as you age. “Return your focus to the way you feel, not how you look,” says Boland. “Are you feeling more energised because you’ve been taking care of your body by eating well, exercising and sleeping?”

Look at the bigger picture


Still being too hard on yourself? Look at the bigger picture. “Respect your body’s history,” says Morgan. “It may have given birth, overcome an illness or injury or, more simply, been the vehicle that’s carried you through life so far – no easy task!” And remember: body image is a feeling; some days you’ll feel good about yourself, other days not so much. Above all else, avoid negative self-talk. Flush out the negative with appreciation and gratitude. Beauty and health come in a range of different shapes and sizes, and you lose a clear picture of the wonderful things that are there while you’re busy trying to be somebody else.

If you’re struggling with negative body image issues, talk about it to a GP, psychologist, counsellor or accredited practising dietitian.

Here it from our members!


“I know my body isn't perfect, but it has a history and I’m proud.” – Amber Randall, WW Member, who’s proud of her body for producing her beautiful son, after losing two previous pregnancies.

“I despise the amount of pressure that media and society put on body image. It’s unrealistic to assume that’s what women look like.” – Sam Adderton, WW Member, who joined WW 16 years ago and still lives by the healthy eating habits she learned while on the program.

“I love my body now. I know it is the way it is because of all the hard work I’ve put into it, and the battlescars are from the hell I’ve been through and survived.” – Fleur Muller, WW Member, who was diagnosed with (and survived) terminal lung cancer and whose body is now graced with two scars that run down her rib cage and across her back as a memory of her fight.


The latest body image statistics not only make for interesting reading, they’re an opportunity to work on building your own self-love. Here’s how to make the numbers work in your favour.*

80 per cent of women report receiving more compliments about the way they look than any of their achievements or accomplishments in key areas of their lives. There’s nothing wrong with celebrating your favourite physical feature, but not only are compliments of every kind great for building body image and self-esteem, focusing on what you and your body are capable of can be more empowering than concentrating on how it looks.

46 per cent of Australian women feel worse about themselves when they look at beautiful women in magazines. So here’s the deal – you have to stop comparing yourself. As the stat suggests, if playing the comparison game leaves you feeling disgruntled or lacking in any way, it seriously zaps self-esteem and motivation. And don’t forget: not only are model’s bodies unattainable, photographs can be manipulated to look (much!) more ‘perfect’ than reality.

70 per cent of women report feeling more confident or positive when they invest time in caring for themselves. You know what to do! Move yourself up your ‘to-do’ list, and dedicate more time to the things that make you happy.

67 per cent of Australian women believe social media creates more pressure for people to look a certain way. If that’s you, the trick is finding an online community that ‘gets you’ – like WW Connect! It’s WW’s supportive, Member-only digital community, and if you haven’t jumped in yet, try it! Research proves that people who make more connections in online weight-loss communities can be more successful at seeing the scales shift.

*Stats from the 2016 Dove Global Beauty and Confidence Report

Why self-care is so important