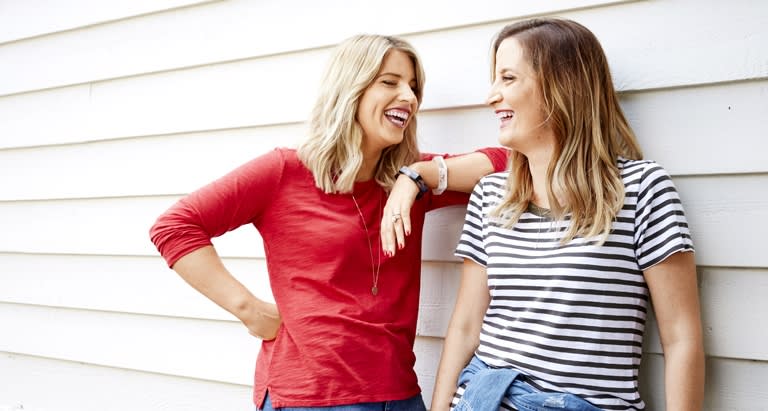 Discover the truth about willpower and how to make it work for your weight loss.

So, you’ve lost a few kilos and then you go on holiday, or it’s party season, and the scales creep back up. When that kind of thing happens, it’s easy to put the blame on a lack of willpower, but not only is that misguided, it’s a pattern that’s self-defeating. The number-one mistake people make is thinking willpower is the be-all and end-all to weight-loss success. Or that it can be trained like a muscle. We reveal what willpower really is – and how to harness it to conquer your weight-loss goals.


Put simply, willpower is the mental strength to set limits for yourself. So, thinking about food, it might be the ability to hold yourself back from eating when you're surrounded by something deliciously tempting, but you're not genuinely hungry or are already full. So yes, successfully losing weight and keeping it off, requires a commitment and some people call this commitment ‘willpower’.

But, while willpower is one part of weight loss, the idea that people who are overweight simply lack willpower is wrong. So, if not willpower, then what? Here are four willpower secrets that will help put things into perspective.


You may be surprised to learn that holding yourself back all the time (dietary restraint) could actually make you gain weight, rather than helping you lose it. Why? Because it’s a habit that can’t be sustained long term. It’s a kind of self-deprivation that can often end in overindulging on the very foods you’ve denied yourself. So sure, the ability to delay gratification is a big deal, but as the authors of Change Anything: The New Science of Personal Success say, it’s not the whole story: “One of the biggest barriers to personal success is not one’s lack of willpower but the mistaken belief that willpower is the key to change.” Learning balance is critical.

TRY THIS: Find the middle ground, with a strategy called flexible restraint. What does this mean? It’s about giving your eating plan enough structure to give you control, but also enough flexibility so that you won't feel trapped, deprived or restricted by overly strict rules. The trick is not declaring any food off-limits. People who ban treats entirely are the ones who are more likely to cave in to overeating, says Dr Eva Kemps, a psychology professor at Flinders University.


Some days you can pass a patisserie without batting an eyelid. Other days, the call of the croissant is overpowering. Nobody has limitless willpower. This was demonstrated in a US study, where a group of hungry people were put in a room with two plates – one with freshly baked biscuits, the other with radishes. Some study participants were allowed to eat the biscuits, while others were only allowed to eat the radishes. Next, they were all given a complicated puzzle to solve. Those who had to resist the tempting biscuits weren’t as persistent during the task as those who ate the biscuits, and they spent significantly less time trying to solve the puzzle before giving up, too. Their self-control had already been zapped by resisting the enticing biscuits.

TRY THIS: If you know your powers of restraint will be tested by a marathon day at work or Christmas with the in-laws, plan ahead. Life happens and you should be able to participate in these events without fear of derailing your weight-loss efforts. “The trick is to have strategies in place, beforehand,” says Dr Kemps. For example, planning your food for a long day at the office and packing it the night before can prevent a visit to the takeaway or the vending machine. And planning some exercise and concentrating on eating nutritious foods leading up to an event, means you can relax and treat yourself (with planned restraint, of course!). Creating a schedule or plan, and following it, helps you to rely less on willpower to get through the day.

3. You can rationalise willpower away


There’s still the common trap of giving yourself permission to do something that goes against your weight-loss goals, such as treating yourself to pizza because you’ve been to the gym. Research by Utrecht University scientists into this phenomenon – termed ‘self-licensing’ – revealed that people who thought they’d put a great deal of effort into a task, ate more snack foods than those who didn’t rate their effort as anything special, even though they’d actually done the same amount of work and reported a similar amount of self-control. “This rationalising is a problem for so many people who are trying to lose weight,” adds Dr Kelly McGonigal, a Stanford University psychology lecturer and author of The Willpower Instinct.

TRY THIS: Instead of treating yourself with indulgent food, find a more fitting reward, advises Dr McGonigal. “Say something like ‘I’ve been so good going to the gym, I’m buying new trainers or booking in for a massage’,” she says. “That way you’re not sabotaging your efforts.” Rewards don’t have to cost a lot of money or hinder your weight-loss efforts.

4. Knowing the difference between willpower and ‘want power’ helps


If willpower is the mental strength to set limits for yourself, ‘want power’ is your desire and motivation to lose weight. Want power is about your entire weight-management strategy – and it has more of an influence on willpower than you think. Here’s a really surprising research finding – how motivated a person is at the very beginning of their weight-loss journey doesn’t have a significant impact on how successful they’ll actually be. We all know people who are very gung-ho when they decide to lose weight, and we’re shocked when they don’t achieve lasting results. What happened? The explanation is that there’s a difference between short-term and long-term motivation. And willpower only works over the short term.

TRY THIS: Have a talk with yourself about what you want (want power) and don't want (willpower) in your long-term weight-management plan. Select a program, or strategies, that will help you be successful by satisfying your wants (within reason, of course) without requiring superhuman amounts of willpower. Think: the ability to still have your Friday night wine or dinner out with friends, but with using some of that flexible restraint on the ‘what’ and ‘how much’.

How much water should you drink every day?

10 ways to get back on your weight-loss journey