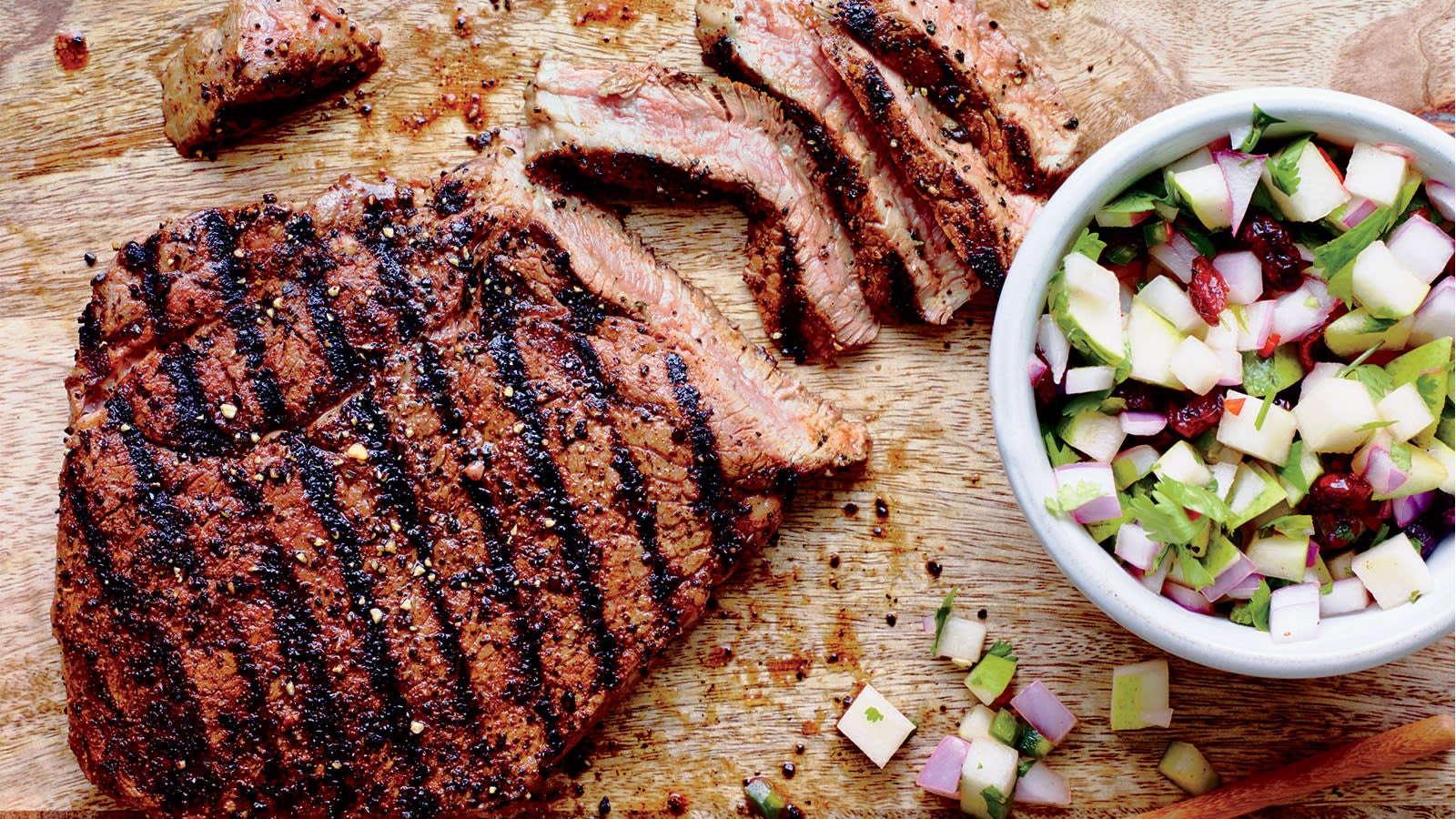 The carnivore diet: Everything you need to know

Could a diet of mostly meat be good for your health—and help you lose weight? Read on as experts break down the risks and supposed benefits of the carnivore diet.

Imagine if you could lose weight and supercharge your health while eating all the steaks you want—but only if you skip the potato and side salad. That’s the promise of the carnivore diet, a weight-loss approach that allows you to eat infinite quantities of meat and very little else.

Something to know right off the bat: “The plan is extremely restrictive, which poses challenges from a physical and mental standpoint,” says registered dietitian Amy Gannon.

The carnivore diet is an eating plan that relies completely on animal products. It doesn’t come with rules or guidelines for portion sizes, meal timing, or calorie (kilojoule) intake—those decisions are up to you. Despite a lack of scientific evidence substantiating the health and weight-loss claims of the carnivore diet (more on this below), the approach has surged to popularity in recent years due in part to several best-selling diet books. Many supporters of the carnivore diet believe it reflects our “natural” eating patterns—and that carbohydrates (even carbs found naturally in whole foods) are directly responsible for a host of human health problems.

Here’s what the eating plan allows:

Foods you can’t eat on the carnivore diet

This plan eliminates all plant-based foods, which means the following items are not allowed:

Health claims of the carnivore diet

“There isn’t any scientific study on this particular diet,” Gannon says. That hasn’t stopped some supporters from touting its health perks in books and online testimonials. Here’s a closer look at some of the carnivore diet’s biggest claims.

“Science doesn’t support cutting out carbohydrates for depression,” Gannon says. If anything, she notes, the complex carbs found in foods such as sweet potatoes, oats, and whole-grain breads may support positive moods by delivering tryptophan, an amino acid the body uses to produce the hormone serotonin. It’s worth noting that certain animal products—including eggs, meat, and fish—are also rich in tryptophan. This may explain, how the claim about the carnivore diet and depression originated, and why supporters may have thought that eating more of these foods may improve mood.

Given that the carnivore diet takes a number of major food groups off the table, it could lead to weight loss—temporarily, that is.

For starters, having fewer foods to choose from means you’d probably consume fewer calories than normal. “Following any restrictive meal plan usually makes you eat less,” Gannon says. And just like on any other diet, when you cut calories, you lose weight.

As part of its restrictions, the carnivore diet essentially eliminates carbohydrates, which is the body’s major source of fuel. When the body is deprived of carbs for fuel, it goes through a short period of burning stored sugar known as glycogen. This process releases water (about 3 grams of water for every 1 gram of glycogen)—and therefore water weight. Once glycogen runs out, the body switches to deriving energy from fat, inducing a metabolic state known as ketosis. The body’s glycogen stores and water weight return if carbs are reintroduced.

Bottom line, “a key for weight loss is sustainability,” says registered dietitian Amy Jamieson-Petonic. “And it’s hard to stay on a strict plan like this one long-term.”

The body breaks down carbohydrates from food into glucose (a type of sugar) for energy. As part of that process, blood glucose naturally rises after you eat. So, sure—eliminating all carbs would theoretically keep blood sugar levels “stable,” Gannon says. Here’s the thing, though, spikes in blood sugar are neither a reality nor a concern for most healthy adults.

Even if you need to control blood sugar to help manage a medical condition such as type 2 diabetes, the carnivore diet is not ideal, Gannon says. She notes that many health experts recommend the Mediterranean or DASH eating plan, both of which encourage eating from a variety of food groups.

Potential risks of the carnivore diet

It’s important to consult a medical professional before making any changes to your diet, especially if you have a chronic condition such as type 2 diabetes. Here are some concerns about the carnivore diet you may wish to discuss with your care provider:

Plant-based foods—such as whole grains, vegetables, legumes, and fruits—are our major sources of dietary fibre, and they’re completely off-limits on the carnivore meal plan. Diets rich in fibre reduce the risk of cancers in the colon and rectum, multiple studies have concluded.

Removing fruits and veggies from your diet could mean missing out on essential nutrients, Gannon says. Folate—as well as vitamins C and E—are important for good health, and they’re not found in meat. Replacing multiple essential vitamins with dietary nutrition supplements might require ongoing medical supervision.

A related benefit of fibre, it helps keep you regular. “Without fruits, vegetables, and whole grains, there is nothing to help move bowels without pain and constipation,” Jamieson-Petonic says. Research shows that getting enough fibre in your diet helps ease mild to moderate constipation and reduces your risk of disease such as colon and rectal cancer.

While not as restrictive as the carnivore diet, the following plans are similar in that they sharply reduce carb intake. Many dieters find low-carb diets challenging to maintain long-term.

The upshot: Can you lose weight on the carnivore diet?

Eliminating major food groups from your diet could conceivably result in a calorie deficit that leads to weight loss, but neither WW’s Science Team nor the independent nutrition experts who spoke with WW endorse the carnivore diet. “Restrictive diets are hard to stay on, and most people regain the weight they lose on them,” Jamieson-Petonic says. What’s more, any weight loss resulting from the carnivore diet could come at the cost of good health. Research shows that an all-animal eating plan may increase the risk of certain diseases, as well as more immediate complaints such as GI distress, and result in harmful nutrient deficiencies. Research has consistently found that healthy long-term weight management is strongly associated with diets that emphasise a diversity of whole foods across all major food groups.

What is the keto diet?

What is the Mediterranean diet?