After beating breast cancer and gaining weight from treatment, Karen joined WW to lose 16kg. She's is a positive force to be reckoned with!

Karen's journey to a healthier weight 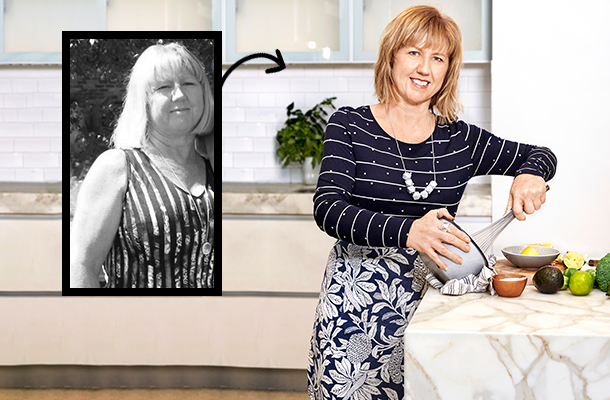 Karen’s top tip: “The first bite tastes the same as the last, so there’s no need to eat the whole lot.”


Karen Rossiter is laughing, panting and puffing as she chats on the phone. “I’ve just been out walking the dog,” she explains. The 53-year-old is mum to John, 27, and Brooke, 18, works part time five days a week in the offices of a major retail chain, goes to DanceFit classes three times a week, and has been a WW Coach since November last year.

“On a typical day, I finish work and get home at 1.30pm. I have lunch, prepare dinner for that night for myself and the kids, then I walk the dog, have a shower and I’m back out the door again to run my workshop. It’s all go, go, go!” 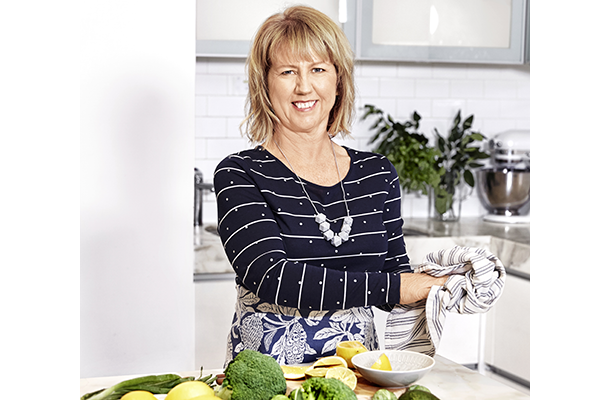 "The old me never used to cook. I just didn’t know how to."


Growing up, Karen was always quite slim. “I was the tiniest little thing,” she recalls. “People used to say to me, ‘One day you’ll wake up and you’ll be big’, and, well, I woke up one day when I was 44 and it was true.”

Around that time, Karen found a lump in her breast which turned out to be cancer. “I had chemo, I lost all my hair – it was absolutely horrible. It’s surely one of the worst experiences you could ever go through, and of course all the drugs I was on bulked me up a bit, too. I’m fine now, but after chemo and radiation and all that I went through, I couldn’t shake the weight so I said to myself, ‘WW it is’.”

The tipping point that sparked change


She joined up in February last year, just after attending a niece’s wedding. “I saw a photo of myself taken at the reception and thought, ‘Oh dear,’” she says. “I was quite shocked because I think I was wider than I was tall. I hadn’t realised I’d let myself get that big."

She went along to a WW Workshop the very next weekday. “The day I joined, the WW Coach, Alison, told me, ‘The first bite tastes the same as the last, so you don’t need to eat the whole lot.’ I lived by that rule for six months until I got to Goal, and I continue to live by it now."

Adapting recipes to make them healthier


A lover of bread, peanut butter and red wine, Karen tweaked her menu so it included smaller portions and lots of healthy choices. “Although I still had doughnuts regularly. I love them so much,” she admits. She also discovered a passion for cooking. “The old me never used to cook. I just didn’t know how to. I frequented the Thai restaurant at the bottom of the road at least three times every week.”

She started collecting the WW cookbooks. “I’d cook everything in there, from cover to cover. I love cooking now. Every Saturday, I plan my menu for the week – the WW Real Food Slow cookbook has been my go-to all winter. There’s a great feeling that comes with having a meal on the table every night for the kids and myself.”

“Exercising and taking care of yourself and listening to your body is just so important.”


Karen has also become a WW Coach. In the months after reaching her goal weight, she kept attending WW Workshops, and other WW members would often corner her at the end for some friendly advice. “We’d all shift out to the carpark and I’d be giving my own little encouragement sessions. Then one day Alison, who’d just been promoted to Area Manager, said to me, ‘You just need to become a WW Coach, because everyone’s already coming to you for advice.’”

Karen wasn’t so sure, but Alison continued to encourage her until she decided to give it a go. “I’m so glad I said yes, because I absolutely love it,” she says. “It’s the most rewarding, inspiring job. I currently do three Workshops a week, but I’d love to do more, and take personal coaching sessions too. That’s my little mini-dream at the moment.”

Shopping for a new wardrobe


Another thing she loves since getting to Goal is shopping for a whole new wardrobe. “I’m always out buying clothes now,” she says. Karen often went to the same Jeanswest store as her body continued to change, until one day she was fitting into a size 6. The lady at the counter asked for her secret. “When I told her I go to WW, she started going too and lost 10kg. How good is that? I love that store. It’s all I ever want as a gift – whether it’s my birthday, Christmas or Mother’s Day, I always say the same thing: ‘Jeanswest voucher, please!’”


Exercise has also benefited her health and life in more ways than one. After undergoing radiation therapy and surviving cancer, Karen developed stage one lymphoedema in her left arm, a chronic condition that caused swelling in the limb, and she was also treated in hospital for cellulitis, a bacterial skin infection. She was given an armband to wear to help keep the lymphoedema symptoms under control. “I was getting close to stage two lymphoedema, but after I lost weight and started exercising regularly, I went back to my physio and she said it’s improved so much, it’s now back to stage one and I don’t have to wear the armband anymore.”

Karen found a clever way to incorporate regular arm exercises into her day. Now, every time she has to feed the dog, she spends a few minutes in the back garden using her weights. “It’s just part of my routine now,” she says.

Karen's day on a plate

Lunch
Salmon salad with a packet of WW chips

Join Now
Our Company
Our Company
News
News
Help
Help
Connect
Connect
Keep in touch
I would like to receive emails from WW including newsletters, WW Shop deals, membership offers, and surveys. I can opt out at any time through the unsubscribe link in these emails. You can view our full privacy policy here.
Australia

Weight loss takes time and effort to be successful and results may vary. *Lost weight on prior program and continued on myWW.