Irene’s 30kg weight loss made her realise how good life could be.

Irene's journey to a healthier lifestyle 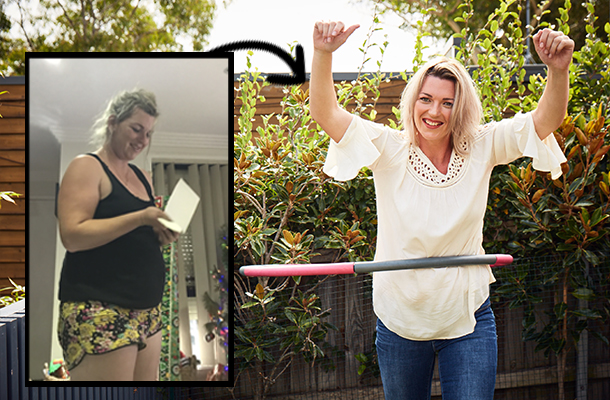 "Some things in life are uncontrollable, but your weight isn't one of them and with that control, you feel empowered."

Dealing with 'that' awkward question


At the time of being interviewed, Irene has lost over 30kg with 600g to go to reach her goal. You can hear the pride in her voice. “My son weighs 15kg – I’ve lost two of him!” Just six months ago, weighing close to 110kg, Irene kept being asked if she was pregnant. “People would say, ‘Are you having a…’, and I’d cut them off, saying, ‘Don’t finish that sentence!’” says the 32-year-old mother of three.

The hurtful mistakes weren't the only factors that led to her addressing her weight. “When I couldn't do up my shoes as easily as I should, I knew something had to change,” says Irene.

Focused from day one


Since walking through the WW doors, Irene has been determined to reach her Goal of 76kg. “I focused on myself and realised my weight was something I could concentrate on,” she says. “Some things in life are uncontrollable, but your weight isn't one of them and with that control, you feel empowered.

I’d tried many weight-loss options before but depriving myself led to binge eating and cutting out carbs gave me headaches,” says Irene. “With WW, you don’t have to pop diet pills or drink silly shakes. It has shown me how to change my cooking and it has educated me on eating well. It’s taught me how to lead a healthy lifestyle.” 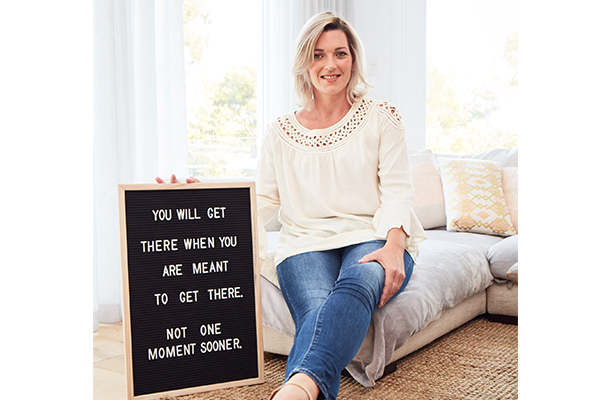 
Irene’s vigilance on the program has meant she hasn't gained once in her six-month journey, but that’s not to say it’s all been smooth sailing. Whenever Irene feels less motivated, she looks back – literally. “I look at old photos of myself that I keep on my phone and I never want to look like that again,” she says. “Doing this always helps me move forward.”

Social occasions have tested her, too, such as her mum’s recent birthday. “I ate and drank more than I should have, but these events will come up. After a celebration like that, I’m more mindful of what I eat,” she says. “That’s the beauty of the WW Program. All of those wholesome ZeroPoints™ foods make it easier to stick to my SmartPoints® Budget.”


The flexibility goes beyond big social events; dinner out with the family is easier, too. “There are so many options when we go out,” says Irene. “If I want chicken, I’ll choose the breast over schnitzel for a ZeroPoint option and still have chips with salad on the side,” she says. “If you’ve gone over your Points, you don’t have to starve – you can still eat a big salad with eggs, chicken and beans and be fine.”

Irene also gets the most bang for buck with her SmartPoints Kitchen Scales. “I weigh 90 percent of what I eat – the scales live on my kitchen bench,” she says. “I can narrow everything down to the exact SmartPoint.”

Swapping rather than stopping


A big believer in the saying ‘You are what you eat’, Irene has so much more energy because of the nutritious food she’s eating. However, chocolate is still on the menu. “I have a square or two of chocolate every day,” she says. “I put the block straight back into the fridge and walk away. I’ve learnt self-control.”

While Irene has kicked some habits – such as having a soft drink – for the most part, she’s made compromises. Her catchphrase is ‘I haven’t stopped – I’ve swapped’. “For example, when it’s hot and I feel like a slushie, I get the Slurpee Zilched, which has less than 1 percent sugar; or I haven’t cut out chocolate, I’ve cut down; and with chips, I buy the WW Cheese & Onion ones – they’re my favourite.”

“My little girl can now wrap her arms around me!"


Irene and her mum have been on WW together, with her mum losing 24kg so far. “We keep each other going,” says Irene. “She wouldn't have done it without me, and I may have given up if it wasn't for her. The support works well in my moments of madness. Mum will say, ‘Irene, is it worth it?’.

Irene’s kids – Ashton, 12, Alexsis, 6, and Layton, 3 – have also been her inspiration. “My little girl comes up to me now and comments that her two hands can touch when she wraps her arms around me,” says Irene. “I’m having more fun and we bond over the simplest things. I do cartwheels in the backyard and get down on the ground and jump up like a jack-in-the-box.” Irene says that she has a renewed sense of purpose. “I was never unhappy before but, as cheesy as it sounds, I’ve learnt to love myself and have found the true meaning of happiness.”

What I love about WW

1. There are so many ZeroPoint foods that I love, like eggs and chicken breast, which make my meals lower in Points.

2. It’s given me a new look on life. It isn't the second phase of a diet, it’s a lifestyle I love!

3. You get to have your cake and eat it, too! You can enjoy in the sweeter things in life and not have to stress about it.

4. I love that I can indulge on weekends and still eat real food throughout the week. I don’t miss out on anything and can have whatever I want so long as I have the Points for it.

Breakfast- Two eggs whisked with mushrooms, grated zucchini and ham.  Zap in the microwave for a few minutes and voila – breakfast is done!

Lunch- Sandwich with salad and meat – or eggs if I’ve had cereal and skim milk for breakfast.

Dinner- Steak or chicken with vegies, garlic and gravy.

Dessert- A square or two of milk chocolate.