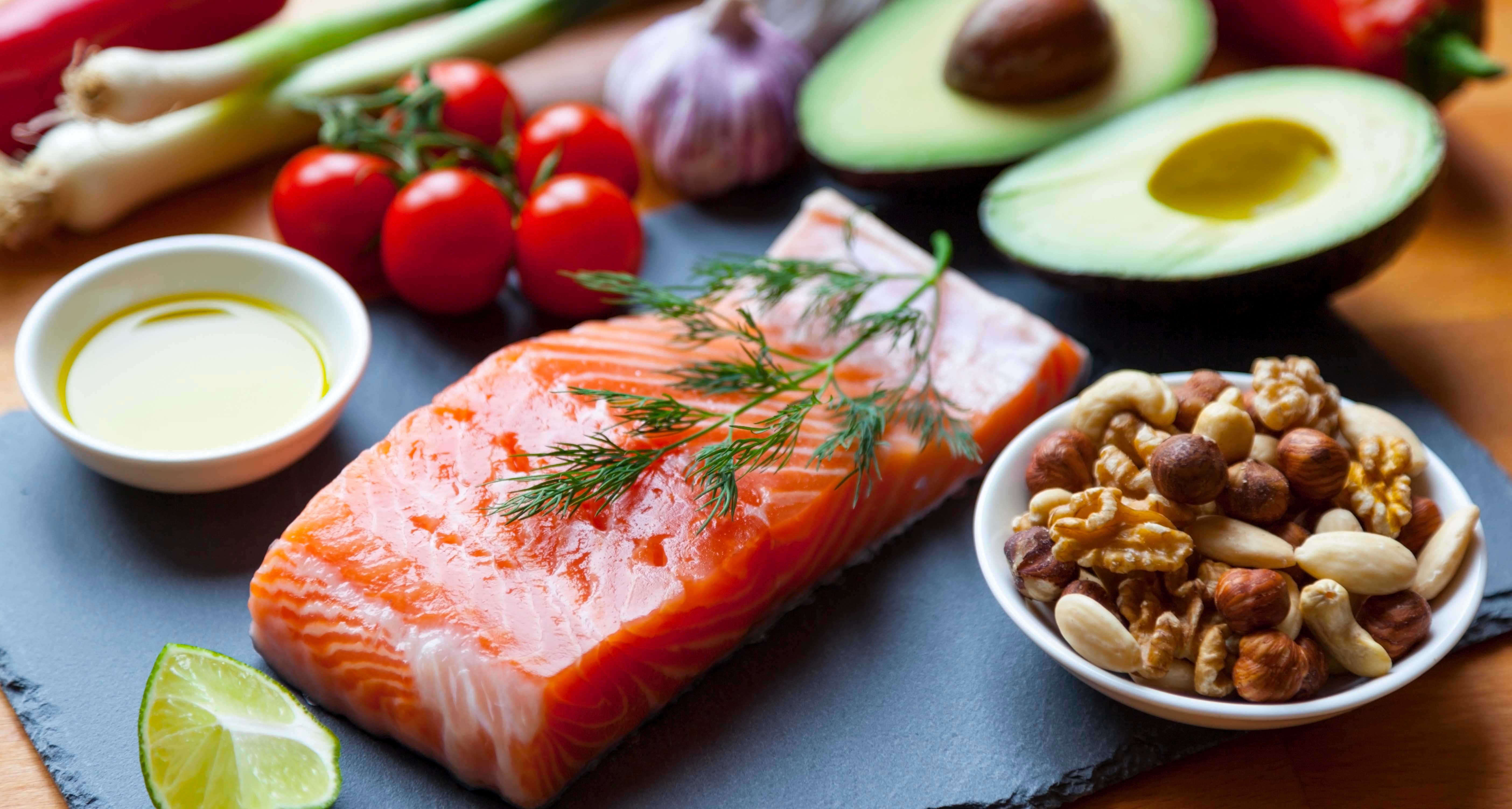 Looking to reduce inflammation? Read on for a list of the best anti-inflammatory foods to add to your diet.

If you've ever twisted your ankle or jammed a finger, you know what happens to the area: it swells. But what you might not know is that certain foods can trigger inflammation that you can't necessarily see. Here's a closer look at what causes inflammation and how eating more anti-inflammatory foods may help:

Inflammation is the body’s immune system response to an irritant, which could be a physical injury (a sprain), foreign object (a rusty nail), germs (bacteria or a virus), or disruptive molecules found in certain foods and drinks.

When you encounter an inflammatory trigger, the infection site becomes red and puffy as the body works to clear up and repair the issue. In some cases, minor inflammation can be a good thing—a sign the body is doing its job and on the mend: “Without inflammation," says dietitian Allison Knott, "the body wouldn’t be able to heal properly and could experience lasting, negative effects."

There are two types of inflammation: acute and chronic. Acute inflammation is short-term; it often happens after physical activity, injury, or a bacterial illness. Besides pain, symptoms of acute inflammation may also include redness, heat, swelling, and loss of function that comes on quickly and lasts for just a few days. “It’s not necessarily a bad thing, even though it can be painful,” explains dietitian, Natalie Rizzo.

However, too much inflammation in the body can lead to a host of health concerns, from short-term to chronic illnesses including bronchitis, rheumatoid arthritis, diabetes, heart disease, and even cancer.

While there is no one particular cause of chronic inflammation, risk factors include age, (with older populations at greater risk), obesity, smoking, low sex hormones, stress, and sleep disorders.

Foods that are high in saturated fat, trans fat, and refined sugar can also be a trigger. This is because they promote high levels of “pro-inflammatory” molecules including free radicals, or molecules in the body split in half through a process known as oxidative stress, which irritates the body and causes inflammation, Rizzo explains.

Consuming a diet that's rich in antioxidants and healthy fats, or both may have anti-inflammatory effects. Research has shown that antioxidants can counter inflammation by binding with the free radicals produced by oxidative stress, while unsaturated fats (in particular omega-3 fatty acids), which are part of the cell membrane structure, play a role in changing the cell composition and may positively influences inflammation.

While following an anti-inflammatory diet won’t cure RA—a type of arthritis caused by the body’s immune system attacking its own tissues—it can help control the inflammation that contributes to symptoms, according to the US Arthritis Foundation.

Plus, choosing the right nutrient-dense foods can help people with RA manage their weight—excess weight adds pressure on already sore joints, and excess body fat may produce proteins called cytokines, which can cause further inflammation.

Anecdotally, people living with psoriasis, an autoimmune condition in which the body attacks its own healthy skin cells, have reported that diet changes reduced their psoriasis symptoms—particularly when that diet results in weight loss, according to a 2018 review paper published in JAMA Dermatology. That’s because excess body fat can promote inflammation, according to the US National Psoriasis Foundation.

Unlike popular fad diets you might hear about like Paleo and keto, the anti-inflammatory diet doesn’t have a specific set of rules. Instead, it’s an approach that emphasises eating foods with anti-inflammatory properties—those that are rich in antioxidants and healthy fats—and minimising foods that may contribute to inflammation.

If you’re suffering from a condition linked to inflammation, an anti-inflammatory diet may reduce related symptoms, but the effects depend on your lifestyle, level of inflammation, and health history.

While no one food will cure you of inflammation or a related condition, incorporating more foods with anti-inflammatory properties into your diet can contribute to a healthy pattern of eating. Remember: in order for a food to fight inflammation, it should be a good source of antioxidants and/or omega-3 fatty acids.

Dark and leafy, kale is high in the antioxidants beta-carotene and vitamin C. It’s also a good source of flavonoids and polyphenols, plant compounds with antioxidant properties that may help fight inflammation, too.

Like its cousin kale, spinach is a dark leafy green that’s high in antioxidants as well as the mineral magnesium—a good thing since magnesium deficiency produces an inflammatory response, according to a 2018 paper published in the Journal of Inflammatory Research.

Blueberries are high in antioxidant vitamins and polyphenols. They’ve also been linked with cognitive benefits in older adults.

Both sweet and tart cherries are packed with vitamins and polyphenols. What’s more, researchers found that cherries may promote health by preventing or decreasing oxidative stress and inflammation in a 2018 review of research published in Nutrients.

Pumpkin's orange colour is indicative of its beta-carotene, a precursor to vitamin A, both of which are antioxidants. Rizzo says: “You can’t really go wrong with fruits and vegetables, but the darker a fruit or vegetable’s colour, the more antioxidants it generally serves up."

Along with being high in the antioxidant vitamin E, fatty fish like salmon is one of the best sources of omega-3 fat, which has been linked to reduced inflammation. The fatty acids in salmon—EPA and DHA—may slow the production of substances released during the body’s inflammatory response.

These nuts are high in vitamin E and omega-3s, making them a double whammy when it comes to fighting inflammation. Adding nuts to porridge or a salad is an easy way to add an anti-inflammatory food to your meal.

Not only are avocados excellent sources of omega-3s, they also contain vitamin E, vitamin C, and fibre. Some studies have found that people who follow high-fibre diets have lower blood levels of C-reactive protein (CRP), a marker of inflammation that has been linked to diseases such as rheumatoid arthritis, heart disease, and diabetes.

Small but mighty, chia seeds are packed with omega-3s and fibre. Mix them into your smoothie, oats, yoghurt, or salad for an inflammation-fighting boost.

The spice turmeric has been long-touted as an anti-inflammatory powerhouse. Research suggests there may be an association between a compound in turmeric called curcumin and reductions in both chronic and acute inflammation, promoting muscle recovery. Because most research has been done on curcumin supplements, a sprinkle of turmeric in your rice dish probably won’t do much to combat inflammation, Rizzo says, adding that you’d need at least a quarter cup of turmeric to reach the curcumin dosages studied. However, there may be an additional benefit in pairing turmeric with other foods to improve bioavailability of curcumin, with one study revealing a 2000% increase when paired with piperine, an active compound in black pepper.

Red wine is rich in the polyphenol resveratrol, which like other polyphenols, may help fight inflammation, Rizzo says. Similarly, the grapes that wine is made from contain anthocyanins, naturally-occurring pigments with anti-inflammatory qualities. But before you get too excited and down a whole bottle, it’s important to remember that too much alcohol can cause inflammation. Experts recommend no more than one glass of wine per day for women and two for men.

Not only do sugary beverages like soft drink and juice provide 'empty' calories, or calories that don’t contain much nutrition, they may also lead to increased inflammation. That’s because excess sugar triggers the release of cytokines, those pro-inflammatory proteins. However, according to a 2018 paper published in Nutrients, some experts point out more research is needed about whether sugar increases inflammation, and if so, what types of sugar and how much.

You’ll most likely find refined carbohydrates in packaged desserts and snacks; they’re the simple white sugars that don’t carry any nutritional value, Rizzo explains. So when you consume large amounts of refined carbs, you’re probably getting lots of sugar and trans fats, with little nutritional benefit.

Processed meats like sausages and deli meats aren’t just high in nitrates, chemical compounds that have been shown to be carcinogenic. They contain high levels of advanced glycation end products (AGEs), compounds that contribute to inflammation. “Dietary patterns that include processed meats are associated with an increased risk for chronic disease,” Knott says.

Load up on omega-3 fatty acids found in salmon with this quick and flavourful dish. Bonus: lemon contains plenty of vitamin C, an antioxidant. 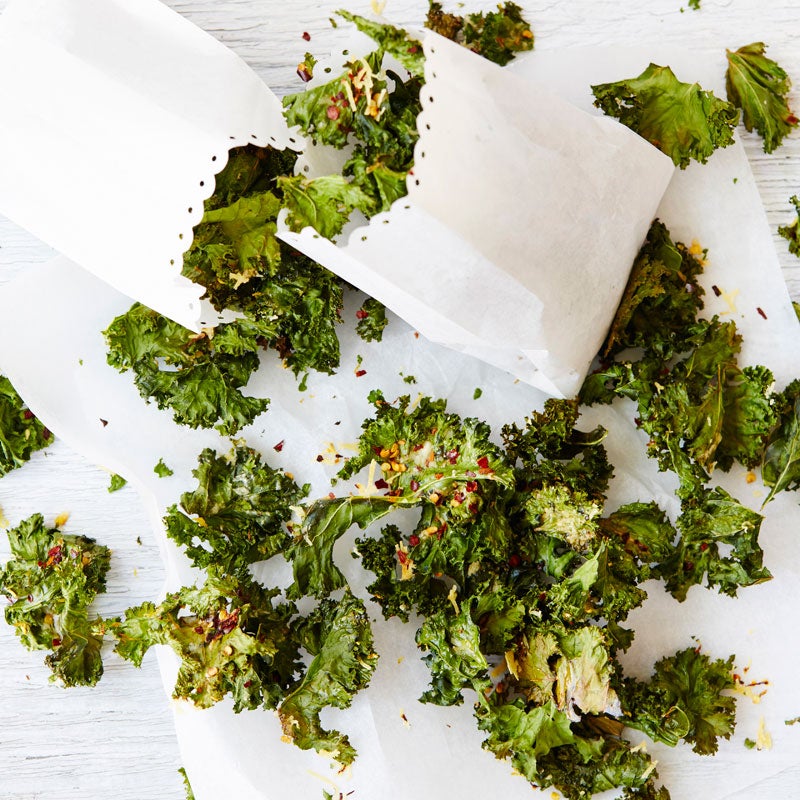 Your potato chips don’t have antioxidants, do they? Bake nutrient-packed kale with a sprinkle of parmesan for a tasty anti-inflammatory snack.

An anti-inflammatory diet high in omega-3 fatty acids and antioxidants may contribute to healing. But food is just one component of reducing inflammation. Other aspects of an overall healthy lifestyle, including physical activity, stress management, and sleep also play a role.