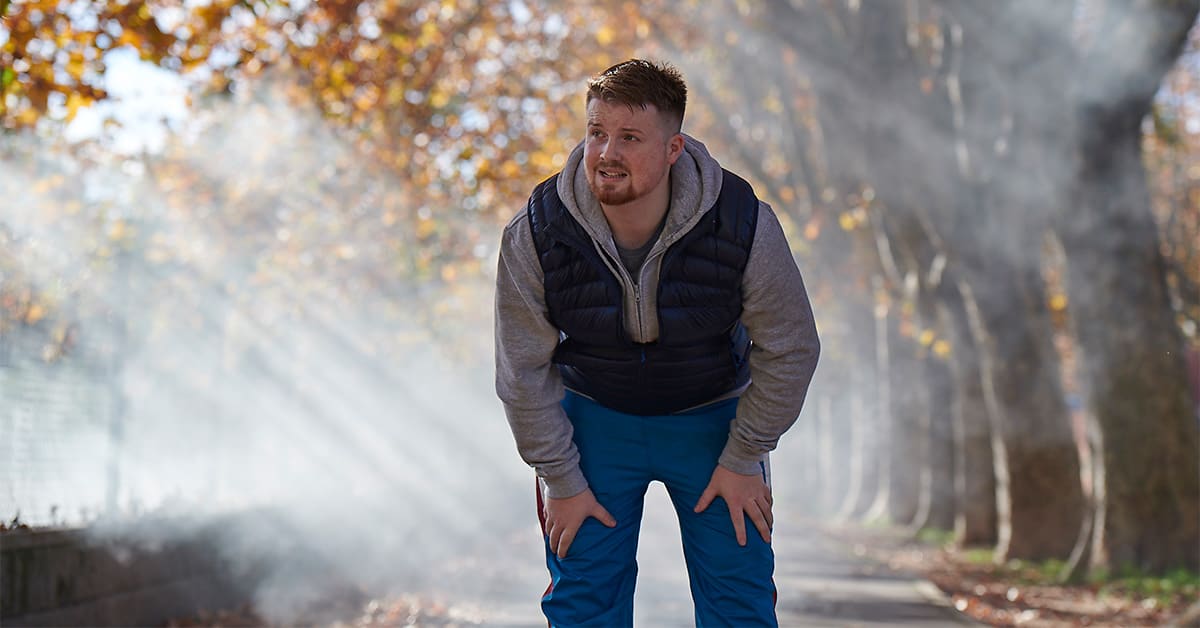 Why some workouts make you feel nauseous

Exercise-induced nausea is normal. Find out how to avoid it.

It’s workout time—and, boy, are you ready. You blocked off your schedule. You set out clothes ahead of time. You’re optimistic about starting a new habit. So why are you suddenly feeling sick after just a few minutes on the cross trainer?

First, know that this doesn’t quite translate to your fitness level. Experiencing nausea during workouts is common, and can be described as exercise-induced nausea.

What might be happening is this: as you begin to exercise, your body diverts blood from your stomach and rushes it to your muscles and skin. “During exercise, up to 80 percent of our blood flow is going to active skeletal muscles and the skin—and is being diverted from areas such as the abdomen,” says Tamara Hew-Butler, DPM, PhD, an associate professor of exercise science. For some people, this lack of blood flow can result in feeling nauseated.

Fortunately, you can minimise or eliminate exercise-induced nausea by adjusting a few elements of your routine.

How soon you eat before exercising.

A common culprit is consuming food too close to workout time. Hew-Butler says she can’t eat within two hours of exercising, but notes that others can eat immediately before and have no problems. “It’s really individual,” she says, adding that people need to experiment with different types and amounts of food and the timing of eating before exercise to avoid getting nauseous.

How much you drink during exercise.

After all the advice you’ve heard about drinking more water, it turns out that hydrating too much can result in side effects. Too much water intake can cause the brain to swell, Hew-Butler says. “When there are any changes to the brain, one of the first signs is nausea and/or vomiting.”

However, the fix is easy. “We have a very evolved mechanism to maintain proper hydration, and that’s called thirst,” says Martin D. Hoffman, MD, a professor of physical medicine and rehabilitation. “If someone is hydrated appropriately before they start exercising, and they’re only exercising for an hour, they don’t need any fluid, even if it’s really hot.” Just be sure to rehydrate after your workout, to replace the fluids lost during exercise.

The intensity of your workout.

If you’re a very driven person, you might be tempted to tackle exercise an all-or-nothing attitude. But pace yourself. Taking on too much too fast could be the cause of your discomfort.

“If you’re just starting exercise, you’re not used to the activity, so you may get nauseous in the beginning,” Hew-Butler says. Going at maximum intensity on a stationary bicycle for just 30 seconds is enough to make many people nauseated. Hew-Butler says that people need to gradually increase both the duration and intensity of the exercise.

If, on the other hand, it’s a more-fit workout buddy who’s pushing you beyond your limits, ask to take the next session down a notch, or consider finding a new partner who’s at a similar fitness level.

In the end, finding out what’s causing your exercise-induced nausea is a process of self-experimentation, Hew-Butler says. “You have to find out what you can tolerate, and what makes it better and what makes it worse.”

5 stretches to do at your desk right now